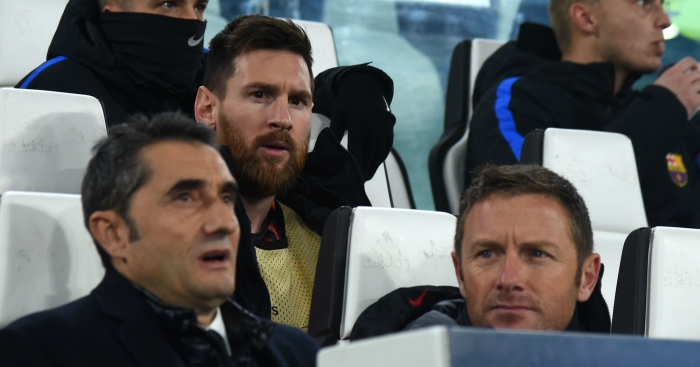 Barcelona manager Ernesto Valverde has defended his decision to rest Lionel Messi from the start against Juventus.

Barca were held to a 0-0 draw by Juventus in the Champions League on Wednesday, making it their second consecutive goalless game in Europe.

Barca are already assured of qualification to the knock-out stages of the competition, but not even Messi’s introduction with just over half an hour to play could rescue a victory.

“Messi’s fine,” Valverde said. “But he has played a lot of games and eventually he had to have a rest.

“We thought it would be a tight game and then it would open up. The idea was he could come on in the second half, with the game more open. That was the decision.”

Opposition manager Massimiliano Allegri admitted it was a surprise to see Messi as a substitute.

“I’ve been facing him since 2010,” Allegri said. “It’s been 13 games and this is the first time that I have seen Messi sat on a bench.

“I worried a little when I saw he was coming on, but my lads did a good job keeping him quiet.”