Ronald Koeman sees the Dutch international ‘as a building block for Barca’s resurrection’... 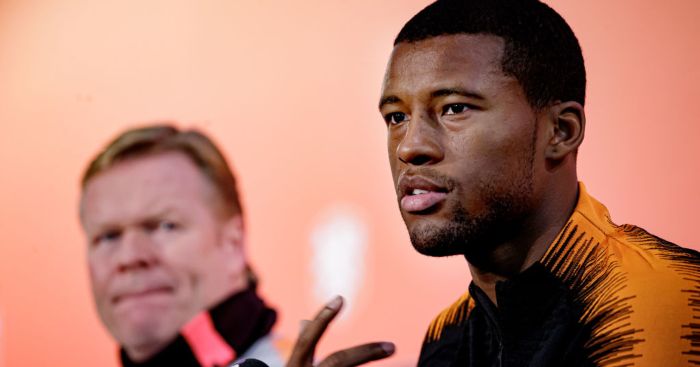 Barcelona have made a move for Liverpool midfielder Georginio Wijnaldum a key part of their summer transfer plans, according to reports in Spain.

Wijnaldum only has a year left on his contract at Anfield despite being integral to the Reds’ march to the Premier League title this campaign.

A report earlier in August claimed that new Barcelona boss Ronald Koeman sees the Dutch international ‘as a building block for Barca’s resurrection’ and features ‘very high’ on his ‘wish list’.

While Mundo Deportivo said on Sunday that Wijnaldum is ‘expectant and even excited’ about a potential move to the Camp Nou.

Now fellow Spanish publication Sport (via Sport Witness) reckon that the possible transfer of the Dutchman to Barcelona is ‘beginning to take shape’ with Koeman making Wijnaldum a ‘priority’ in the market.

Koeman sees Wijnaldum as a ‘non-negotiable goal’ for the Barcelona board with a deal likely to set the Catalan giants back around €25m.

The report adds that Barcelona are waiting for Liverpool to seal a deal for Bayern Munich midfielder Thiago Alcantara before formally approaching the Reds over Wijnaldum.