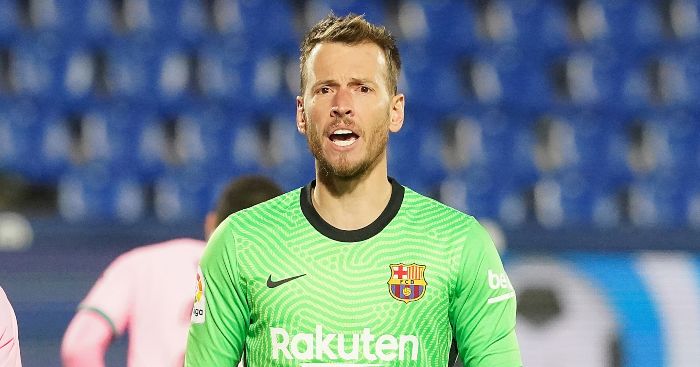 Barcelona goalkeeper Neto Murara will only join Arsenal in the January transfer window if they can guarantee him some game time, according to reports in Spain.

It seems like that Arsenal will allow Runar Alex Runarsson to go out on loan this winter if they can find an adequate replacement to act as back up for number one Bernd Leno.

The Iceland international was signed four months ago to provide cover for Leno after Emiliano Martinez left the Gunners to join Aston Villa.

Runarsson has been criticised at times this season with the goalkeeper struggling to impress when called upon, making a number of errors in his five appearances.

That has led to Mikel Arteta to admit that he intends to strengthen his goalkeeping department in the January transfer window.

And Spanish publication Mundo Deportivo claim that Neto ‘could leave the team [Barcelona] this winter for Arsenal’ with the Gunners keen on bringing him to the Emirates Stadium.

However, it is said that ‘the intention of the Brazilian goalkeeper to leave the Barca club would only happen by being a starter at Arsenal’ which seems very unlikely given Leno’s form.

The report from Spain follows on from The Sun‘s claims that Arsenal were lining up a loan move until the end of the season for Neto.

Speaking recently about the goalkeeping situation at the club, Arteta said: “The discussions we had in the summer with Edu and the club were a little bit different to what actually happened because of the transfer window and the situation that developed with Emi.

“We didn’t have much time to do what we really wanted to do and we decided to assess the situation now in this window.

“We will make a decision about how we want to move forward in those three positions in the goalkeeping area.”