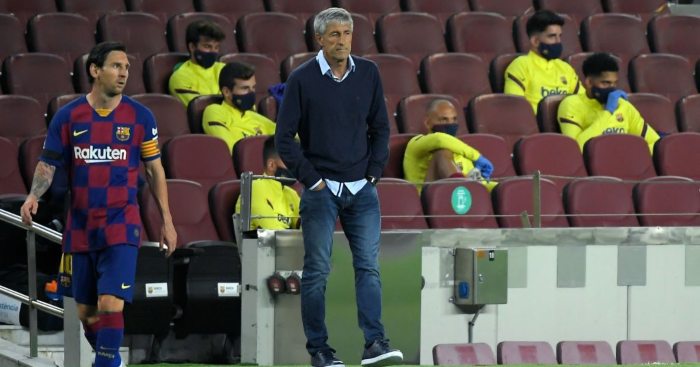 Setien only lasted just over six months in the job after he was sacked following Barca’s humiliating 8-2 loss to Bayern Munich in the Champions League last season.

Barcelona are currently getting to grips with new manager Ronald Koeman and trying to overcome Messi’s big announcement during the summer.

Messi asked for his contract to be terminated a year early in August, which rocked the club’s hierarchy.

And, speaking to El Pais, Setien claims Messi “doesn’t talk much” and can be “difficult to manage”.

“I think Messi is the best of all time,” Setien said. “There have been other great players who have been great, but the continuity that this boy has had throughout the years has not been had by anyone.

“Leo is difficult to manage. Who am I to change him! If they have accepted him as he is for years and have not changed him.

“There’s another facet beyond just the player and it’s more difficult to manage. Much more difficult. It’s something inherent in many athletes that can be seen in the Michael Jordan documentary (“The Last Dance”). You see things you don’t expect.

“He’s very reserved but he makes you see the things that he wants. He doesn’t talk much.”