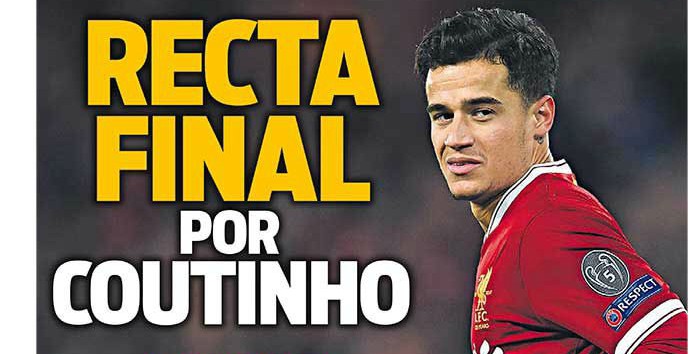 Barcelona have accepted that they will have to pay £132m for Philippe Coutinho and make him the second most expensive footballer in the world.

Their pursuit is now said by Spanish newspaper Sport to be entering the ‘final stretch’, with the Brazilian’s representatives and Barcelona ‘planning the assault’ on Liverpool.

Coutinho has been excellent since Liverpool refused a series of bids from Barcelona in the summer, deserving his place on our top ten players of 2017 list.

He is reported to be ready to push again for a move to Barcelona, who are currently six points clear at the top of La Liga.

Wages of £204,000 a week have apparently already been agreed.

Potential Barcelona teammate and fellow Brazilian Paulinho said: “Everyone expects the great players to come to Barcelona, ​​we have a very strong group of great players, without Coutinho people are doing a great job.

“On Coutinho it is not necessary to say much; he is a great player, who has been making a difference in his team, in the Brazilian team, he is young but with experience in Europe.