Home Barcelona What do Barcelona, Real and Atletico need in January? 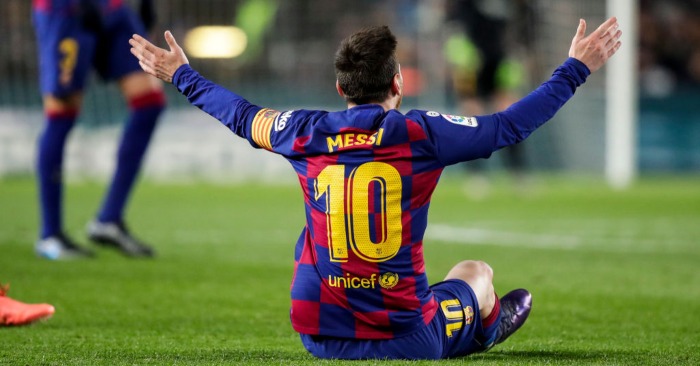 With the January transfer window rapidly approaching its denouement, we assess the needs and wants and any potential ins and outs at La Liga’s big three.

BARCELONA
What do they need? Just a striker to cover Luis Suárez’s season-long injury lay-off, and potentially be the Uruguayan’s long-term successor.

Signed so far? None

What’s likely to happen? New manager Quique Setién will probably want to assess his squad before making any sweeping changes, but a striker is definitely needed after a long-term injury to Luis Suárez. The Catalans will be keen to avoid a misfire of the like of last season’s bizarre move for Kevin-Prince Boateng, and are in the market for a striker of genuine quality. Aubameyang was the early favourite, but Arsenal won’t let him leave on loan and he may prove too costly for a permanent deal given his advancing years. Werner could be a good addition if Barça are looking long term, but reports suggest that Rodrigo is now the most likely candidate to fill the vacancy. In terms of departures, Rakitić has been linked with Manchester United and Juventus, while Arturo Vidal may well be headed for Inter.

What do they need? Not much, apart from to clear some of the deadwood. There are a few players not getting a look in under Zinedine Zidane, and it would be nice to save on their wages and bring in some transfer revenue.

Who’s been linked? Kylian Mbappé, but not in any meaningful way.

What’s likely to happen? 18-year-old Reinier Jesus is the latest young Brazilian star to join Real Madrid, following fellow next-big-things Vinícius Júnior and Rodrygo Goes off the conveyor belt. His transfer can be filed under ‘one for the future’, but for the present, there won’t be much in the way of inbound traffic at the Bernabéu, despite the perennial links with Mbappé (which would never happen in January anyway). Madrid will be keen to listen to offers for Mariano, Bale, James and Brahim, while Odriozola looks set to join Bayern Munich on loan, and Jović could be sent to Spurs for the rest of the season. Or Manchester United.

What do they need? Someone to stick the ball in the net, pronto. Only seven teams have scored fewer than Atleti’s 22 league goals this season, and their lack of firepower has seen them fail to challenge Real Madrid and Barcelona at the top, despite neither of the top two having had an exemplary first half of the campaign.

Signed so far? None

Sold so far? None

What’s likely to happen? It seems pretty likely that some arrangement will be reached for Cavani to come to the Wanda – all that needs to be agreed is the price. The Uruguayan seems a perfect fit for Diego Simeone’s team, and with his playing opportunities limited at PSG, the move seems to suit all parties. Lacazette – who would have joined Atlético in 2017 were it not for their pesky transfer ban – would be the back-up option if PSG hold firm on their valuation of Cavani, but Arsenal will fight hard to keep hold of the Frenchman. Some cash could be freed up by the sales of misfits Thomas Lemar and Marcos Llorente, who have been linked with Wolves and Manchester United respectively.