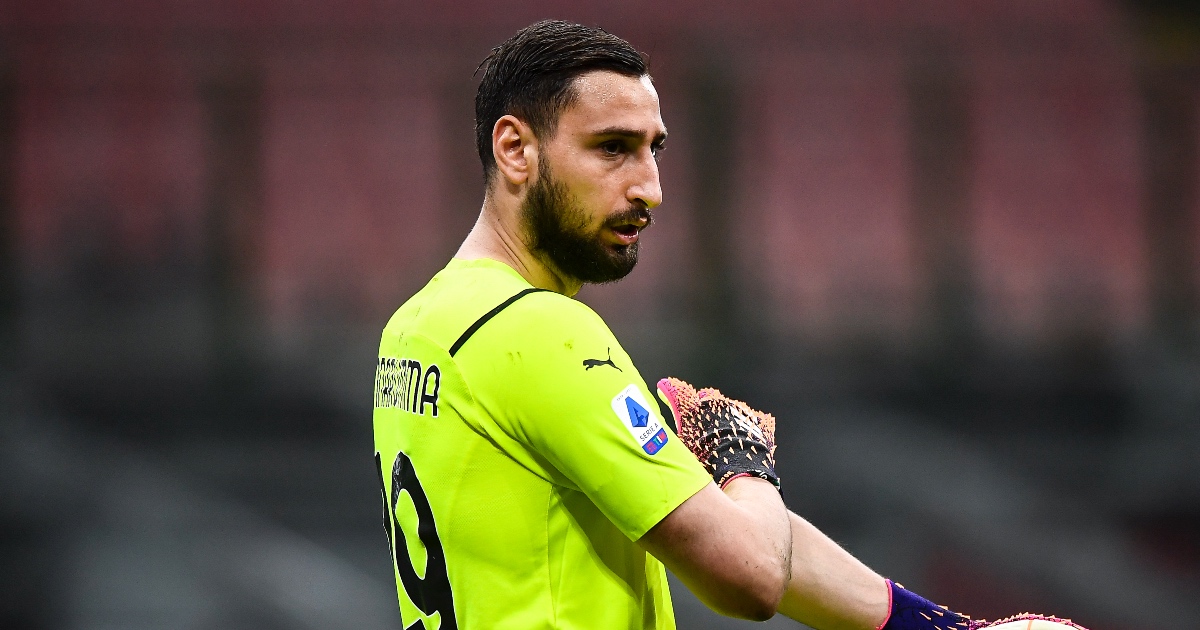 Barcelona have joined the race to sign out-of-contract Milan starlet Gigi Donnarumma, according to reports.

The Italy keeper, 22, will leave the San Siro in June after opting to pursue a new challenge.

He’s been linked with Premier League sides Chelsea and Manchester United in recent weeks, although more competition has now arrived.

According to Spanish outlet Mundo Deportivo (via Daily Mail), Barca are hoping to sign Donnarumma on a free transfer this summer.

They want the dominant shot-stopper to rival current number one Marc-Andre Ter Stegen for a place in the starting eleven.

Given his tender age and vast experience, Donnarumma could become their long-term solution in goal.

Barca are known to be cash-strapped at the moment. As such, they are having to rely on free transfers to bolster their squad.

Deals for Sergio Aguero, Gini Wijnaldum and Memphis Depay, all of whom are available for free, are in the pipeline.

Donnarumma may become the latest international star to be targeted by Barca manager Ronald Koeman and the club’s hierarchy.

When asked about the keeper’s departure earlier this week, Milan director Paolo Maldini said: “Gigio was a leader and often the captain. People sometimes don’t realise what it means to be a professional, it means you must be ready to change club.

“It’s difficult to accept, I realise, but it’s also increasingly difficult to see a career in one team. We must respect those who gave so much to Milan and remember Donnarumma did not lack respect for us.

“It can happen that at times you have to take different paths. I can only wish him the best.”

Milan were hoping to keep hold of their academy graduate as part of their rebuilding process. They finished second in Serie A this season, which is their highest finish in nine years.

Zlatan Ibrahimovic and co are gradually working themselves back into Italian title contention.

In the aftermath of Donnarumma’s exit announcement, Milan finalised a deal for France keeper Mike Maignan.

The 25-year-old, fresh from an impressive Ligue 1 title-winning campaign with Lille, has signed a five-year deal with the Italian giants.