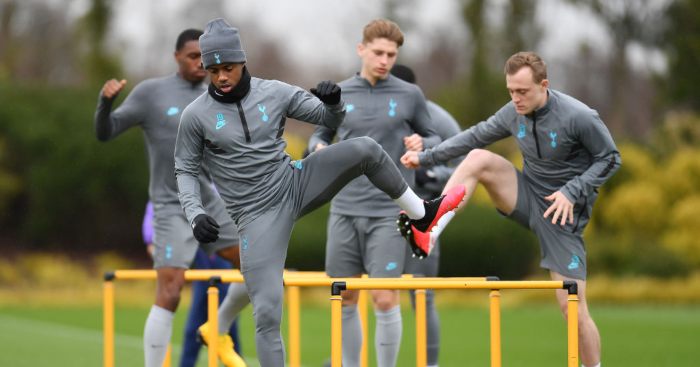 Barcelona are interested in bringing Spurs left-back Ryan Sessegnon to the Camp Nou this summer, according to reports in Spain.

The 20-year-old has had to endure a difficult start to his Tottenham career following his £25million summer move from Fulham, where he became a teenage sensation known for his left-wing displays.

He first had to overcome a serious hamstring injury, then was sparingly used by former boss Mauricio Pochettino before being deployed at left-back by Jose Mourinho.

Sessegnon has only made 12 appearances in all competitions this campaign and is yet to make an appearance since the Premier League restarted last month.

Sessegnon did not play for Spurs until November, which was a far cry from his time at Fulham, where he was well on his way to 100 appearances by his 18th birthday.

Despite his lack of game time, Mundo Deportivo journalist Miguel Rico (via Sport Witness) claims that Barcelona ‘like’ Sessegnon with the Catalan giants hoping to bring in a back-up wing-back to cover Jordi Alba.

However, there is one ‘problem’ with Barcelona’s surprising pursuit of Sessegnon with the La Liga outfit needing to offload Junior Firpo before making their move.