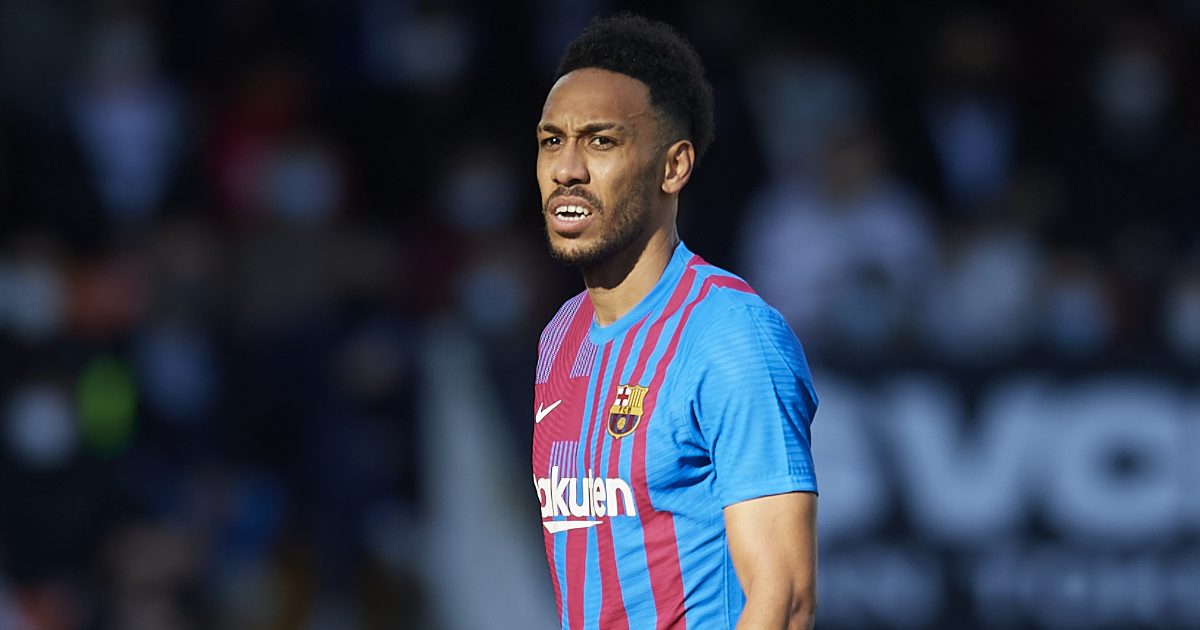 The forward fell out of favour with Mikel Arteta at the start of December. He was stripped of the captain’s armband following a “disciplinary issue”.

Aubameyang’s last game for Arsenal proved to be their 2-1 defeat against Everton on December 6.

The 32-year-old was linked with the likes of Newcastle and Saudi Arabian side Al Nassr in January.

Barcelona targeted him on loan but he ended up signing for them permanently at the start of February.

Aubameyang scored his first goals for the Spanish giants on Sunday. He netted a hat-trick as they beat Valencia 4-1 in La Liga.

This result leaves Xavi’s side fourth in the table. They are 15 points adrift of league leaders Real Madrid.

Busquets said after their 4-1 victory that it was a “gift” to sign Aubameyang for free:

“He’s working really well, he came here needing minutes but he is getting them now,” Busquets explained (via GOAL).

“I hope he helps us like this because he is a great player and having him in the squad on a free transfer is a gift.”

Nigel Winterburn says if Arsenal miss out on the top four this season he will put it down to Aubameyang’s exit:

“Everyone is scratching their heads over Pierre-Emerick Aubameyang’s departure from Arsenal,” Winterburn said.

“We’ve heard parts of the story from two or three different sources, but we don’t have the full picture from both sides.

“Could both Aubameyang and Arsenal have dealt with it better? Yes, probably.

“It feels as if Aubameyang was the captain and then something went awry. Him losing the captaincy wasn’t based on a one-off issue – there were several.

“Mikel Arteta decided that ‘enough is enough, you’re the captain of this club and I am trying to lead a young team, and it’s not acceptable’.