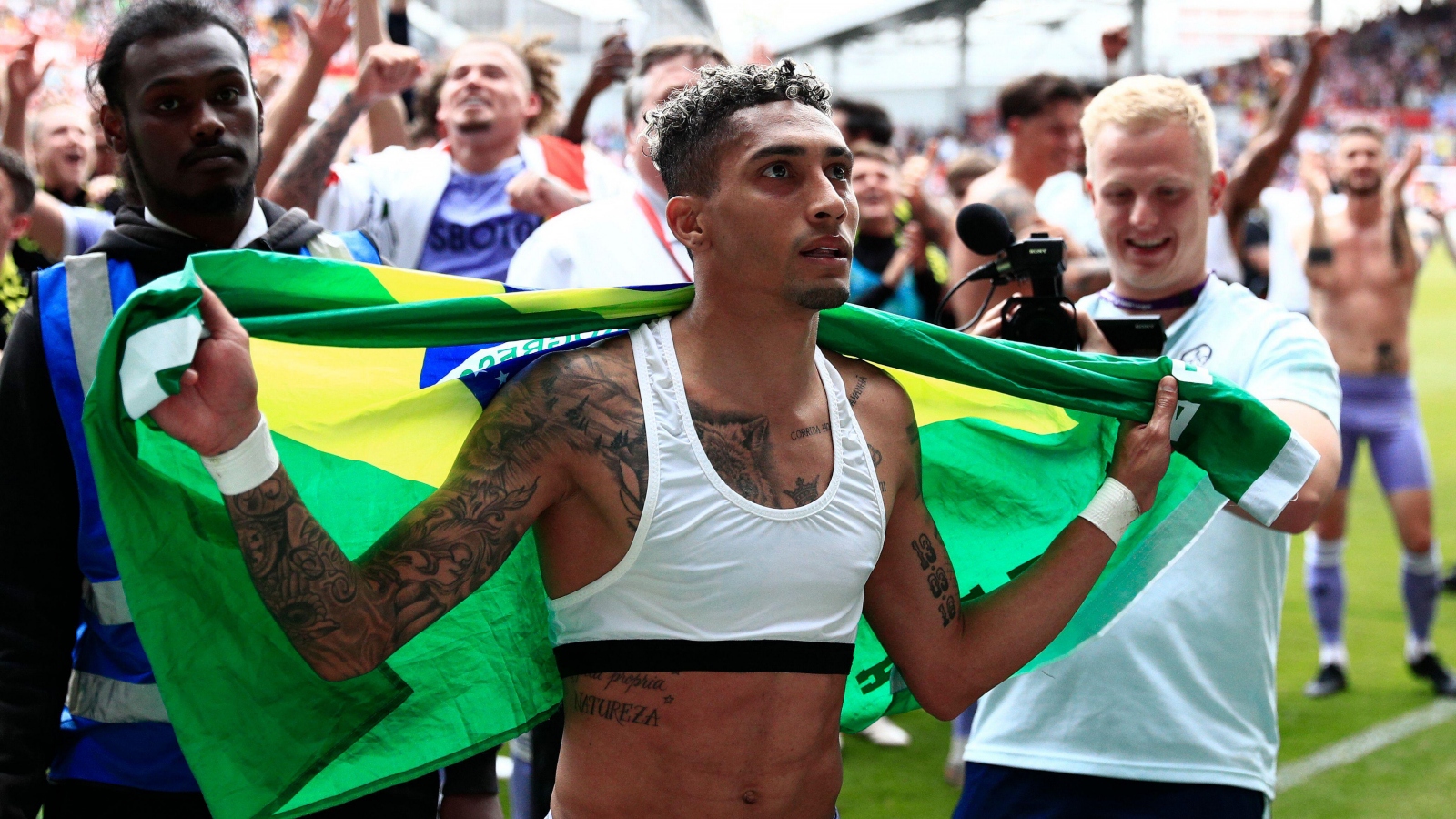 Barcelona have submitted a “verbal proposal” to Leeds as they look to lure Raphinha to the Nou Camp, according to Fabrizio Romano.

The La Liga side agreed personal terms with the Brazilian winger in April, but have not been able to agree a fee with Leeds due to their difficult financial situation.

Due to their struggles, Arsenal, Tottenham and Chelsea have all expressed an interest.

The Gunners took the lead in the race for Raphinha’s signature, however, they have had two bids turned down by their Premier League rivals.

While Mikel Arteta’s side looked to negotiate a fee for the player, Chelsea swooped in and offered Leeds exactly what they wanted and had their bid accepted.

The race is not over, with Barcelona and Arsenal still fighting to bring him in. Spurs, on the other hand, have turned their attention elsewhere and look set to confirm the signing of Everton forward Richarlison.

Chelsea need to agree personal terms with Raphinha, with Barcelona still his preferred destination. The 25-year-old’s agent, Deco, played for both Barca and Chelsea during his playing career.

According to Fabrizio Romano, the Catalan club “contacted” Leeds on Monday night to submit a new bid.

Their offer was turned down as it fell short of Chelsea’s £60m bid, with the Yorkshire club “respecting the agreement” with the Londoners.

Leeds insist on respecting the agreement with Chelsea for £60m.

“Leeds insist on respecting the agreement with Chelsea for £60m. It’s still open on player side.”

The Brazilian international looks set to complete a £60m switch to the Tottenham Hotspur Stadium.

Romano notes that the Blues ‘made an attempt to hijack the deal’ before Spurs reached a ‘full agreement’ with Everton. This deal has been in place since Thursday morning.