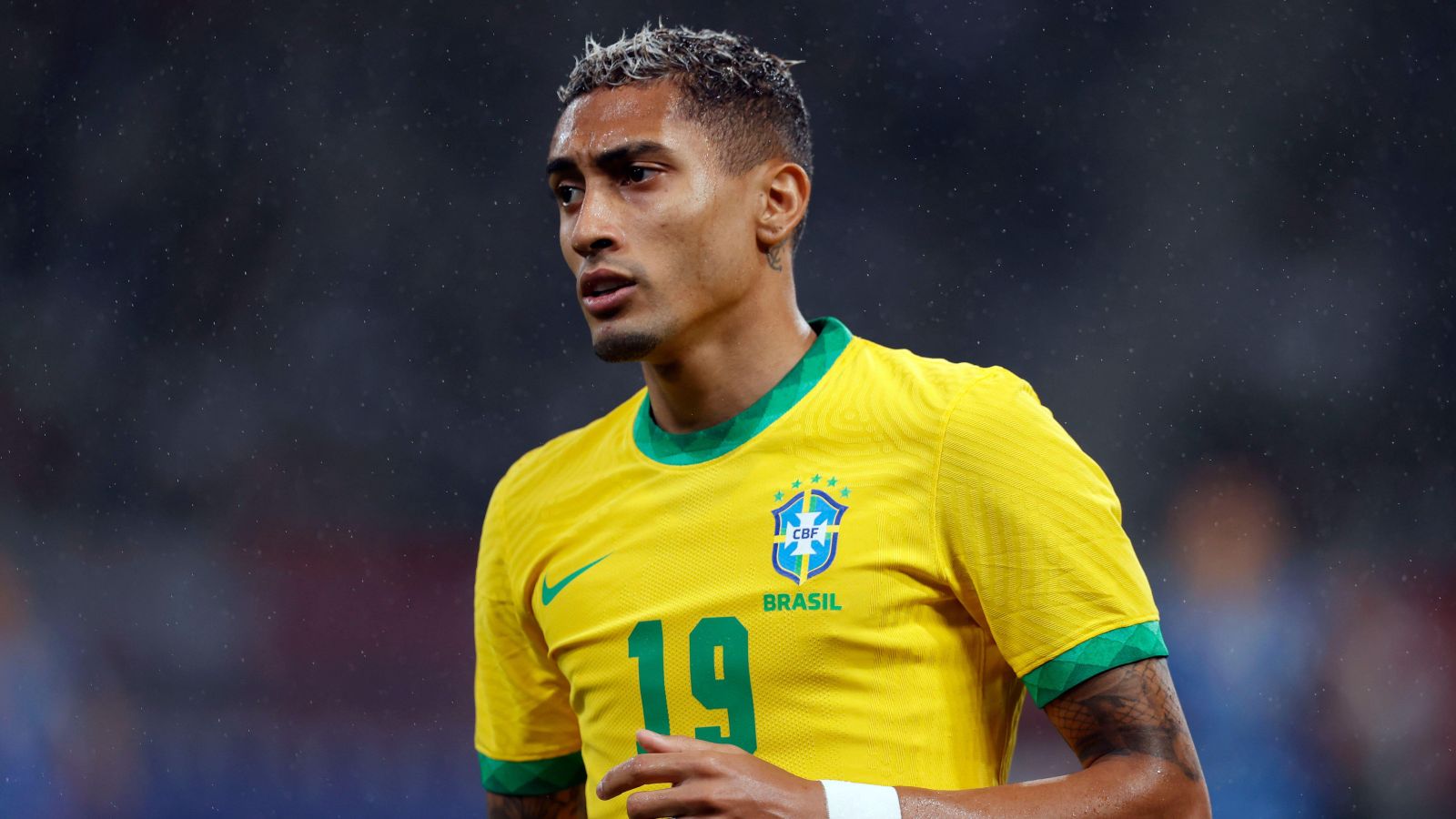 Leeds United winger Raphinha has told his agent that he wants him to end interest from Chelsea to engineer a move to Barcelona this summer, according to reports.

Chelsea, Arsenal, Tottenham and Barcelona have all been linked with a move for Raphinha this summer after the Brazilian contributed 17 goals and 12 assists across the last two Premier League seasons.

Earlier this month it had seemed that Arsenal were in pole position to sign the 25-year-old with Barcelona unable to match Leeds’ asking price.

The Friday Mailbox brings reasons for optimism for every Prem club. Except four…

However, over the past week it emerged that Chelsea became the first club to get near the Yorkshire club’s valuation with the Blues submitting a ‘verbal proposal’ of £60m.

Fabrizio Romano brought us the news about the Blues bid and he also claimed that Barcelona’s offer ‘does not fulfill Leeds’ request’ as it stands, despite the Catalan giants having agreed personal terms with Raphinha.

But now Spanish newspaper Sport puts Barcelona firmly at the front of the queue with Raphinha telling his agent, Deco, to ‘disable’ Chelsea from the race.

Raphinha wants the to ‘stop the Blues’ offensive’ and ‘prioritise’ Barcelona despite Leeds only accepting a bid from Chelsea to date.

It is his ‘childhood dream’ to play for Barcelona and the Brazilian ‘will not enter into any type of salary negotiation with the London club’.

Chelsea ‘did not expect Raphinha’s refusal’ but their proposal has now been ‘completely deactivated’ by the Leeds attacker’s wishes.

“Leeds are in big trouble,” Agbonlahor told Football Insider yesterday. “Leeds are my favourites to go down next season with Bournemouth and Fulham.

“You cannot afford to lose your two best players. Leeds play better with Phillips in the side and they struggled last season when he was not available. Now they are letting him go for a really cheap price. They should be getting at least £70million for him, he’s that good. I rate him highly.

“His passing, the way he wins the ball back and at the Euros he was outstanding. So that’s a massive loss. Then you can’t lose Raphinha, everything goes through him. He’s the bright spark in that attack. He’s lively, can score goals, can dribble. For me, he’s one of the best wingers in the Premier League.

“If the price is £55million, that’s a steal as well with some of the prices that are going around for players. Raphinha for £55million is a great price for Chelsea. Leeds, for me, will be one of my favourites to go down next season.”