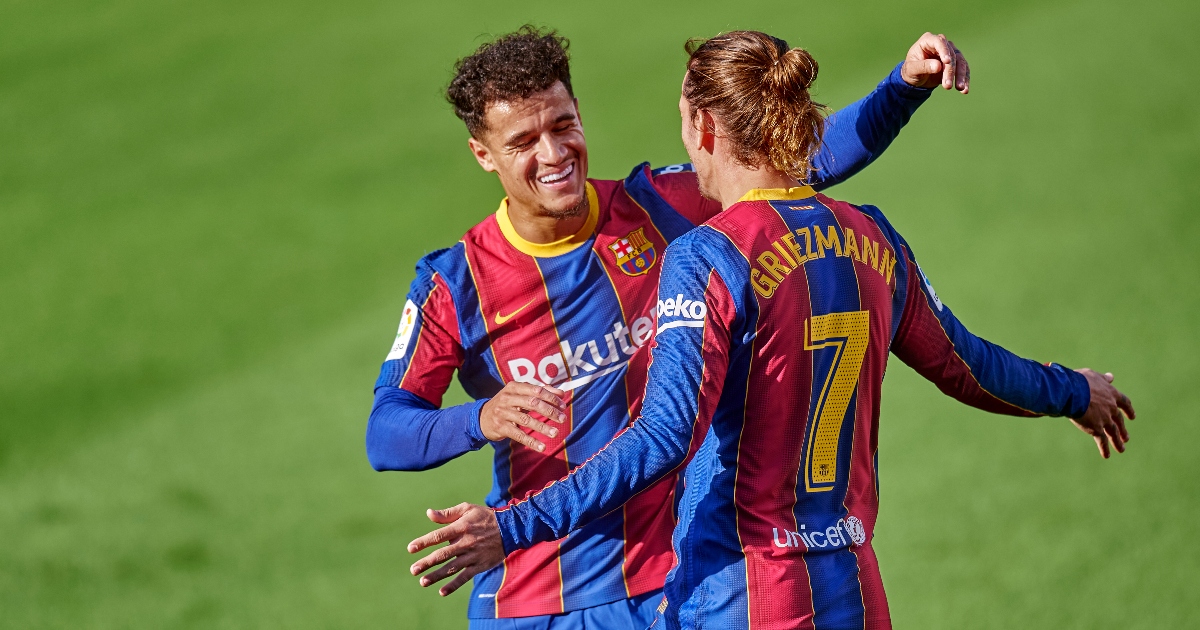 FC Barcelona will look to negotiate salary reductions with Antoine Griezmann and Philippe Coutinho, according to reports in Catalonia.

The pair are the club’s highest earners after the departure of Lionel Messi.

They will then turn their attentions to other members of the squad with Griezmann and Coutinho being top of the list for contract talks, according to Ara.

Both players have been linked with a move away from the Nou Camp this summer, but seem likely to stay after Messi left for Paris Saint-Germain.

Pique’s salary reduction allowed the Catalan club to register new signings Memphis Depay, Eric Garcia and Rey Manaj for their LaLiga opener against Real Sociedad, in which they won 4-2.

Barca were struggling to register the trio due to the league’s strict salary cap.

They were also unable to hand Messi a new deal because “financial and structural obstacles” prevented them from doing so.

“This has been made possible thanks to an agreement with Gerard Pique whereby the Barça second captain’s salary has been substantially reduced.”

They added: “The club is also continuing to work with two of the other captains, Sergio Busquets and Jordi Alba, to adapt their salaries to the club’s current situation. It must be noted that both players are totally and utterly willing to cooperate.”

The Spaniards also emphasised outgoing sales this summer as they look to bring new faces in, but Ara’s report suggests that Coutinho and Griezmann are more likely to stay than be sold.

“Jean-Clair Todibo was sold for €8 million to Nice, Junior Firpo went to Leeds United for €15m, [Francisco] Trincao was loaned to Wolverhampton Wanderers for €6m, Carles Alena was traded to Getafe for €5m and Konrad De La Fuente left for Marseille in exchange for €3.5m,” Saturday’s statement said.

“The latter two operations were at 50% because they included the right to repurchase. In addition, Matheus Fernandes’ contract was terminated.”