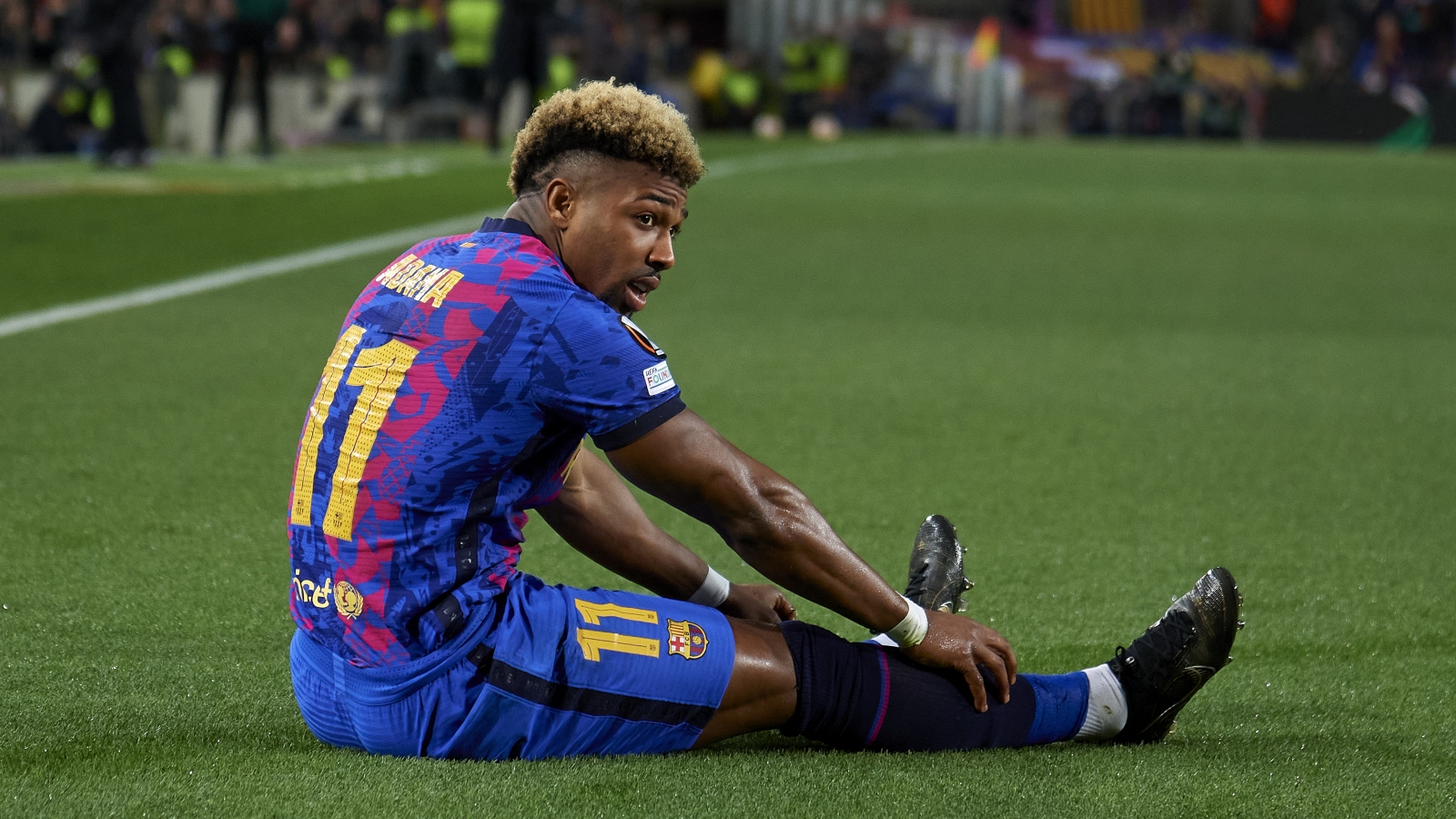 Barcelona are eager to keep Adama Traore beyond this season but are ‘unwilling’ to pay the option-to-buy clause agreed in January, according to reports.

The Wolves winger signed for Barcelona on loan with an option to buy in the winter transfer window.

Steven Gerrard knows getting injured hurts – why the bluster?

After taking 19 appearances to register his first goal contribution of the season for the Premier League club, Traore provided an assist on his Blaugrana debut.

He has impressed in Spain; however, Barcelona are reluctant to pay €30m to sign the 26-year-old on a permanent basis, as per Sport (via the Express).

Traore ‘wants to continue’ at the Nou Camp, with it now up to Wolves what will happen in the summer.

Barca player Francisco Trincao is currently on loan at Molineux – with the La Liga club keen on a straight swap – but the Portuguese playmaker has not impressed in England.

Wolves are interested in signing Riqui Puig, who could be involved in a deal to keep Traore in Catalonia.

This update could provide a boost to Tottenham, who were very keen on signing Traore in January.

Elsewhere, Newcastle boss Eddie Howe has vowed to take a cautious approach with key men Callum Wilson and Kieran Trippier as they prepare to step up their returns from injury.

Striker Wilson, who has been out with an Achilles problem since late December but is back in light training, and full-back Tripper, who fractured a metatarsal in February, are currently at the Magpies’ training camp in Dubai.

Reports have suggested they could return to action at the end of next month, but head coach Howe insists he will not take any risks with either player.

He told the club’s official website: “I’d say they’re on schedule from where they were given their respective injuries, but I wouldn’t say necessarily ahead of schedule.

“They’re both serious injuries, both enough to obviously be operated on and go through a very intense rehab period.”