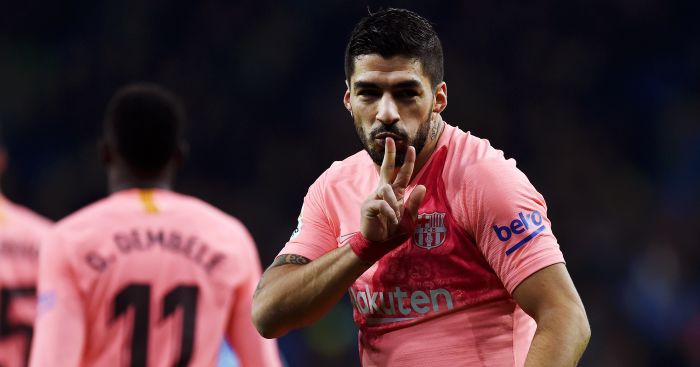 Barcelona have set their sights on Everton forward Richarlison as a replacement for Luis Suarez, according to reports.

Richarlison has been in great form for the Toffees since moving to Goodison Park in a deal reportedly worth £40million in the summer, with seven goals in 13 Premier League appearances this campaign.

Since his move to Everton, Richarlison has received international reognition with three goals in his first six caps, since his first call-up in August.

Despite Tottenham striker Harry Kane reportedly being Barcelona’s number one target to boost their forward line, the Daily Star claims that Richarlison is one of a number of targets with him believed to be the cheapest option.

Atletico Madrid’s Antoine Griezmann, who snubbed Barca over the summer, and PSG’s Kylian Mbappe are also on their list of potential buys.

With Luis Suarez battling knee problems at the age of 32, Barcelona will look to land a striker as a long-term replacement for the Uruguayan.

And the report continues by saying that, despite Richarlison being the cheapest option, Everton should ‘expect to make a healthy profit’ if they sell him.

Meanwhile, Everton face Watford in the Monday night football and Troy Deeney has vowed to “smash” his former team-mate Richarlison.