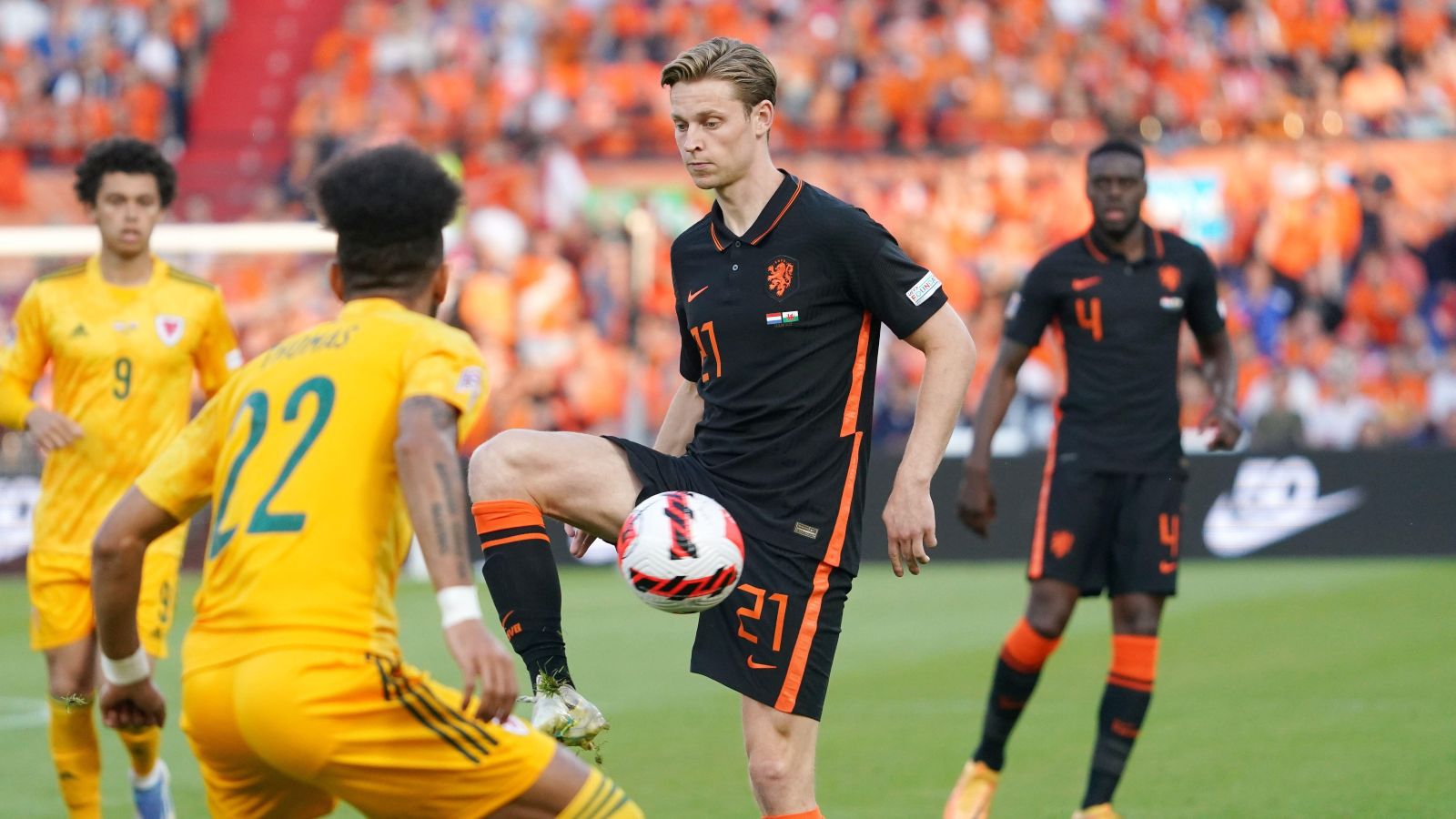 Barcelona are in no hurry to get a deal for Frenkie de Jong done as Man Utd continue to pursue a transfer, according to reports.

New Red Devils boss Erik ten Hag has made his compatriot his top summer target as he looks to reshape the squad at Old Trafford.

Man Utd have been linked with lots of different players already this summer but they have yet to get any transfer business done as they fall behind some of their rivals.

With Man City, Liverpool, Arsenal and Tottenham all making signings already this summer, the pressure is building from supporters for the Red Devils hierarchy to get some deals done.

And the Daily Mail insists that Man Utd ‘will make a renewed transfer proposal’ for De Jong with Barcelona and the Premier League club ‘still around £15m apart in valuation’.

United had a £51m plus bonuses offer rejected for De Jong and Ten Hag is demanding the club ‘sort out the de Jong transfer as a matter of urgency because he regards the Dutch midfielder as the key player in the style revolution he intends to bring to Old Trafford’.

Man Utd ‘will make a new bid’ for De Jong and once signed Ten Hag ‘will then decide which players he needs with the remainder of the budget’.

However, their pursuit of the Netherlands international could ‘continue for a while longer’ as Barcelona ‘are now willing to bide their time’ over negotiations.

The Red Devils had hoped to take advantage of Barcelona’s financial constraints with a big transfer before the end of June boosting their spending limits ahead of next season.

But Barcelona members recently approved a £600m fundraising deal that will secure much-needed funds ahead of the new campaign and means the Catalan giants can hold firm over their £69m asking price for De Jong.

It is understood that De Jong is now happy to join Man Utd but he took some convincing to accept a season without Champions League football would be good for his career.