Xavi still thinks City need three more signings of top calibre if they are to seriously compete next term. 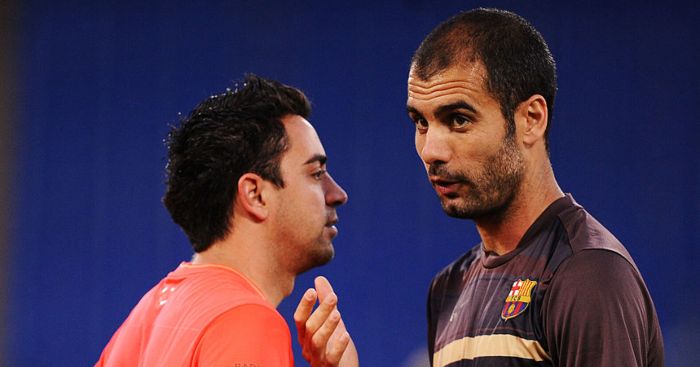 City could only finish second in the Premier League this season behind runaway leaders Liverpool, while they crashed out of the Champions League at the quarter-final stage to Lyon over the weekend.

The Man City board have already allowed Guardiola to bring in Ferran Torres from Valencia for £20.87m, while Nathan Ake has joined from relegated Bournemouth in a deal worth £41m.

Despite that, Xavi still thinks City need three more signings of top calibre if they are to seriously compete for the Premier League and Champions League next campaign.

“To not win one of the Premier League or Champions League will be a big disappointment for Pep – those are the two he would have wanted,” Xavi told the Daily Star.

“The Champions League even more so because Manchester City have never won it. They have some very good players, of course they do, but Pep needs to be supported in the transfer market this summer.

“It is not that they need many players – just three exceptional ones. We know that will not come cheap, but I would like to see Pep given the money to rebuild.”

Xavi added: “They have got to the stage that you see at all big clubs, where some very important players are coming to the end of their careers.

“For Silva it is the same. He is a once-in-a-generation player and it is going to cost big money to try and replace him. Aguero has one season left. How many strikers in Europe are there that will guarantee you 30 goals a season like he has for so long?”