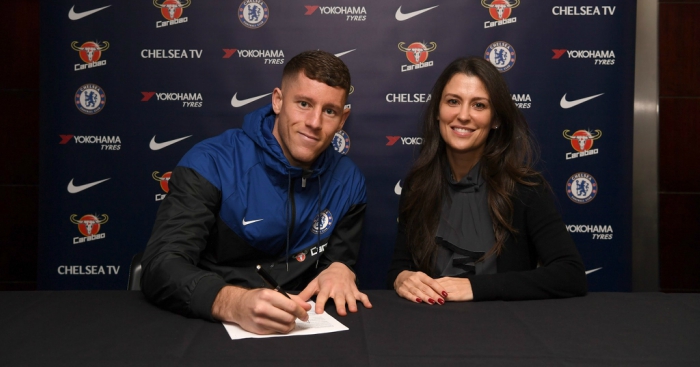 Ross Barkley has signed for Chelsea from Everton, the Premier League champions have announced.

The 24-year-old’s contract at Goodison Park was due to expire at the end of the season after he rejected a new deal with the Toffees.

A move to Chelsea on transfer deadline day in August did not materialise, but Barkley has now moved to Stamford Bridge for a cut-price fee, reported to be in the region of £15million.

Antonio Conte discussed the deal in his press conference before it was concluded on Friday.

Twenty-four-year-old Barkley has signed a five-and-a-half-year contract, which runs until 2023.

“To be given a fresh start at a new club like Chelsea, it’s unbelievable for me. I’m looking forward to continuing where I left off at the end of last season and hoping to improve and add more goals to my game.”

Director Marina Granovskaia added: ‘Ross is a player we have long admired and are certain he will prove to be an important player for Chelsea.

“He possesses outstanding technical and physical attributes, matched with good experience of the Premier League and a strong desire to succeed at the highest level. We welcome him to the club and look forward to seeing him in action.’

Barkley has yet to play this season due to a hamstring injury, but he is nearing match fitness.