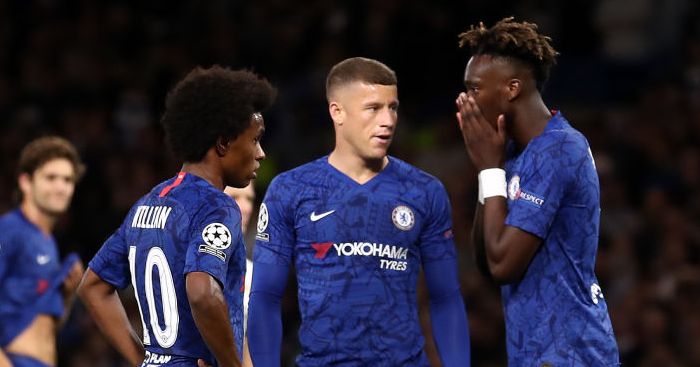 Ross Barkley has defended his decision to take Chelsea’s missed penalty in the Champions League defeat to Valencia.

Poor Frank Lampard was left ‘livid’ on his first night as a Champions League manager as his Chelsea side fell to a 1-0 defeat to the Spaniards.

Barkley missed a late penalty to equalise Rodrigo’s second-half free-kick after remonstrating with Willian and Tammy Abraham to take it.

The midfielder has come in for criticism since, but insists that he is the club’s regular penalty taker when on the pitch.

“We’ve got a lot of good penalty-takers in the squad,” said Barkley.

“On a sheet in the changing room, it says I’m on penalties when I’m on the pitch, otherwise it’s Jorginho.”

Asked what his teammates were saying to him while he waited to take the kick, Barkley replied: “All players feel confident of taking penalties, but we can all miss them.

“It’s more ‘good luck with the penalty’ type of thing, encouraging me. They would have been willing to take it as well, but I felt confident.

“They were just encouraging me, encouraging me to score the goal. They are confident of taking penalties as well, but I take penalties every day. I don’t miss them in training and in pre-season I was scoring penalties. I’ve missed penalties before, when I was at Everton.

“I’m gutted I missed, but these things happen.

“If there was another penalty in the game, I would have been confident of taking it. You can miss penalties. It’s not the end of the world.