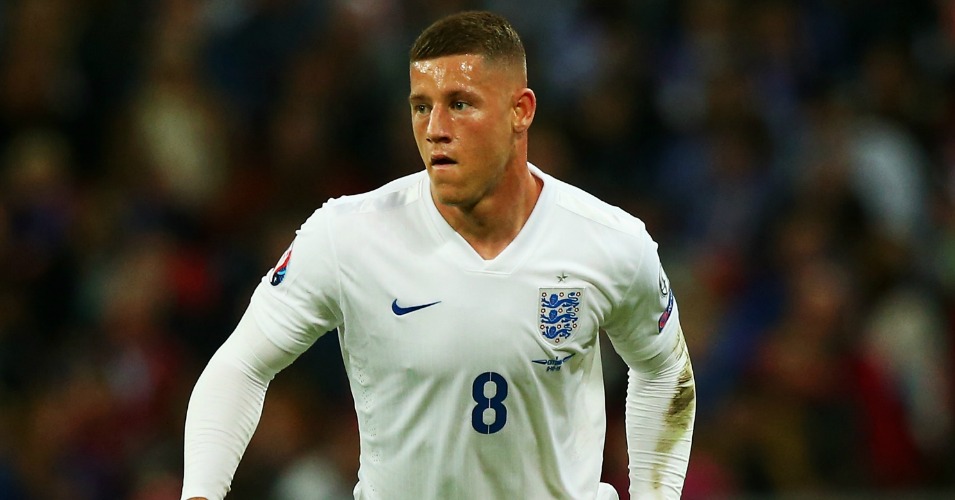 Ross Barkley is seen as England’s saviour and future, but something doesn’t quite sit right with that assessment. Is he much better than Jonjo Shelvey?

A stunning assist, a number of bursting runs from deep and an unrivalled sloppiness in possession; as I wrote in my England player ratings from Friday night, this was peak Ross Barkley. Theo Walcott and Raheem Sterling scored the goals, but the Everton midfielder stole the plaudits on only his fourth international start.

After a shaky start, Barkley came into his own at Wembley. Only Raheem Sterling (six) attempted more shots on goal than the 21-year-old (five), only James Milner (84) made more passes than the Everton man (73), and no-one made more of those in the opposition half (61) than Barkley. If this was his audition for a part at Euro 2016 in France next summer, he’s bagged the leading role.

That was very much the consensus post-match, anyway. Handed an opportunity in midfield after Michael Carrick’s injury withdrawal, this was Barkley’s chance to show Roy Hodgson the form which has already rendered this his second most productive season at club level. He grabbed it with both hands and two deft feet. Apparently.

What is lost in the mire – or at the very best briefly mentioned then tossed aside – is that England’s opponents at Wembley are ranked 87th in the latest FIFA rankings below such luminaries as the Faroe Islands, Sudan and Antigua and Barbuda. This very qualification process saw them held to a goalless draw by San Marino.

That, predictably, did not prevent the inevitable and tiring comparisons with Paul Gascoigne or Wayne Rooney. Barkley was great against Estonia, but is he any better than Jonjo Shelvey?

According to Chief Football Writer for the Daily Mirror, John Cross, Friday evening’s European qualification tie with Estonia ‘was all about Barkley’s Euro 2016 audition’, one in which he ‘went a long way to staking his claim to be in the starting line-up for the tournament in France’. To reiterate: this was Barkley’s fourth start for England, and he would have been a substitute had Michael Carrick not suffered from a troublesome groin.

Cross was not alone. Daniel Taylor of The Guardian understood why Hodgson ‘sees flashes of Paul Gascoigne’ in Barkley, while Justin Allen was busy informing us of the fourth of five things ‘we’ learned on Friday for The Sun:

‘Ross Barkley was superb and can be a shining light for England in France. He still needs to learn when to release the ball rather than continuing forward runs. But Paul Gascoigne got that right at Italia 90 and we all know the rest of the story. With a few tweaks, he can be a world beater.’

Those quick feet from Barkley. I really don’t want to say it, I know I’ll regret it but … it was a little Gascoigne-esque.

In his report for the Press Association, Chief Football Writer Paul Hirst wrote: ‘But when he charged at the Estonian defence, he looked like a young Wayne Rooney did in his pomp and he deservedly won the man of the match award.’

At 21, Gascoigne had been a first-team regular at Newcastle for two years, and was the reigning PFA Young Player of the Year, while he held a place in the PFA Team of the Year. Closing on 22, Barkley is merely the reigning champion of the hype machine.

The Wavertree-born midfielder is an obvious talent, of that there is no doubt. The same however can be said of Shelvey. Under two years Barkley’s senior, Shelvey’s inclusion in the England squad is still treated by some with consternation, this despite his impressive performances for Swansea since he joined in 2013.

The 2013/14 season, of course, was Barkley’s first as a regular at Everton. Since then, he has made 71 appearances for the Toffees in the Premier League, scoring 10 goals and providing six assists. In the same timeframe at Swansea, Shelvey has made the exact same number of league appearances, scoring nine goals and providing 12 assists. One is spoken of as England’s ‘next great hope’ and the ‘next Paul Gascoigne’, while the other is scarcely seen as a credible answer for England’s long-term midfield problem.

Barkley is great, perhaps potentially brilliant. But as much as he shone against Estonia, his sloppiness in possession lingers, and his decision-making remains a problem. Now nearly 22, the safety net of his age will soon be removed, and those already comparing him with Gascoigne and Rooney could be left wondering why he never lived up to a tag which should never have been written.