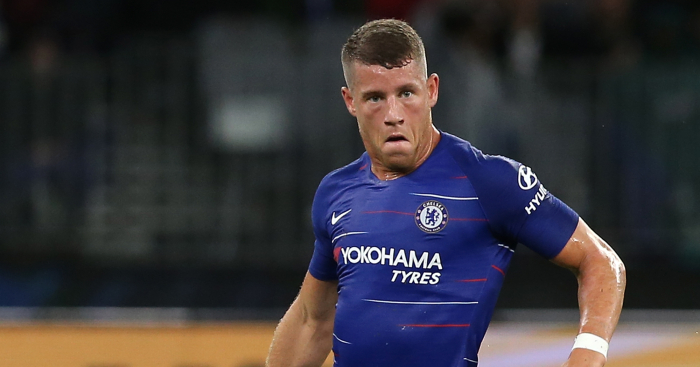 Chelsea should prepare themselves for a “very exciting” season under new boss Maurizio Sarri, according to midfielder Ross Barkley.

The Blues have just returned from a productive pre-season trip to Australia, where the Italian took charge of his first match with a 1-0 friendly win over Perth Glory, which included a run-out for £52million summer signing Jorginho.

Sarri has plenty on his agenda as he looks to sharpen the squad’s focus for the start of the new domestic campaign, which will see the FA Cup holders face Premier League champions Manchester City in the Community Shield on August 5.

The Italian, who replaced the sacked Antonio Conte on July 14, remains determined to keep hold of key men Eden Hazard and Thibaut Courtois, as well as Brazilian midfielder Willian, a reported target for Barcelona.

While discussions over the futures of those players continue, the squad will prepare for the friendly against Inter Milan at the Allianz Riviera Stadium in Nice on Saturday before a date with London rivals Arsenal in Dublin on August 1.

Midfielder Barkley will be hoping to be given another chance to impress in those games, having featured for most of the match in Perth.

The 24-year-old, who has seen his impact limited by injury since arriving at Stamford Bridge from Everton, is confident Sarri’s methods will help Chelsea make an impact again next season.

“It has been very interesting,” Barkley said on the club’s official website. “The style that he wants us to play, it is really exciting and very attacking, as well as being very organised.

“We have been understanding what he has been getting across in training, but the more we do it in training, the more we get used to it and I can see from the training sessions that this season is going to be very exciting.”

Chelsea begin their Premier League campaign at Huddersfield on August 11.