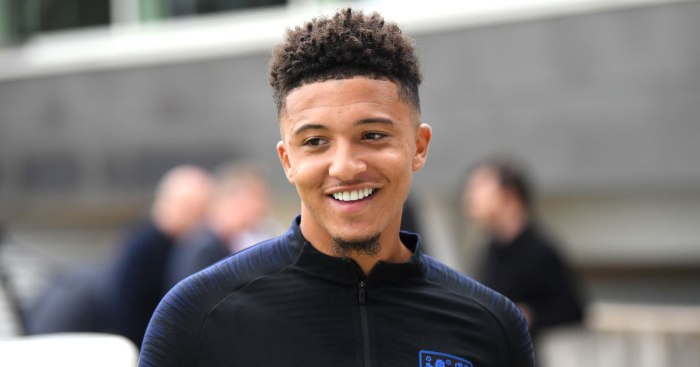 John Barnes has advised Borussia Dortmund winger Jadon Sancho to “give up football” if he is falling out of love with the game.

The former Liverpool and England winger comments come after Sancho said his “love of the sport will go very soon” if racism in football continued.

A number of footballers, including Paul Pogba, Marcus Rashford and Romelu Lukaku, have recently been the target of vile racist taunts – but Barnes chose to criticise Sancho’s reaction.

“You love football because of the game, not because of some idiot who is going to shout at your from across the street,” Barnes told talkSPORT.

“If Jadon is going to fall out of love with football, let him give up football and let him go into the real world as a young black man without an education and without being able to play football, then he’ll see what it’s really like to be a black person who is racially abused.

“As much as footballers want to talk about how terrible it is for them, look at what’s happening in the black community of kids without an education and who haven’t got jobs.

“If he thinks that’s bad [the abuse of footballers], let him go into the real world and see what real discrimination is about.”

Sancho was reacting to an incident in Inter Milan’s match away at Cagliari where Lukaku was subjected to monkey chants.

“I personally think that it just has to stop,” Sancho said “No player wants to play football and have abuse like that.

“It puts the confidence down in players and the love of the sport will go very soon if it doesn’t stop.

“Everyone should be happy and do what they are doing without receiving racial abuse. I don’t think it is [just] social media.

“Some fans are just really passionate and obviously they say what they want to say. I feel they need to slow it down a bit – we’re still only human.

“Just because we play football people might think we are just famous and ignorant to that but we just love the sport and just want to play.

“It is hard to see things like this because it feels like ‘why should we play football?’. I felt that Romelu Lukaku handled it really well by not reacting and carrying on playing.”