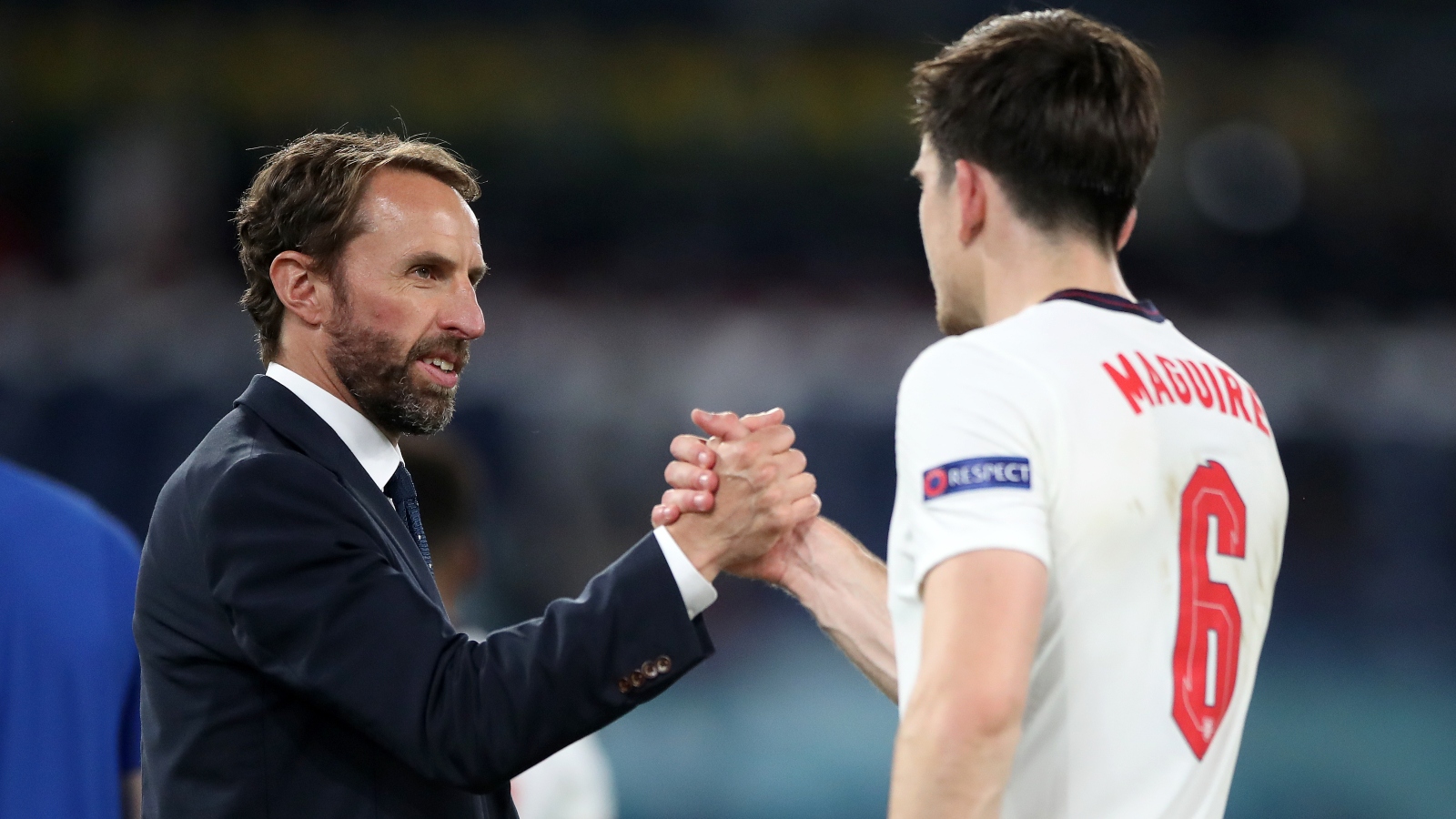 John Barnes thinks Gareth Southgate made the correct call to call up Man Utd captain Harry Maguire to the England squad despite his poor form.

The Red Devils defender has taken some heavy criticism at times this season with the centre-back often the ‘scapegoat’ for United’s bad performances.

Man Utd have endured a difficult season with the Red Devils currently sitting in sixth spot in the Premier League table, four points off fourth-placed Arsenal but Mikel Arteta’s side still have a game in hand.

With only nine matches to go this season, it’s in the balance whether Man Utd will qualify for next season’s Champions League after winning one of their last three Premier League matches.

Do England get awarded Euro 2020 by default now?

But Southgate has kept faith in Maguire by calling him up for the international matches against Switzerland and the Ivory Coast over the next week.

And former Liverpool midfielder Barnes agrees with Southgate’s decision as Maguire “will continue to play well” for England.

“England are in a unique situation whereby players feel incredibly comfortable playing for the national side, more so than they are for their clubs. Harry Maguire is more confident playing for the England team.

“He’s never let them down, and I don’t believe he ever will. In the old days, it was the complete opposite. I felt more comfortable playing for Liverpool. Glenn Hoddle and Chris Waddle probably felt more at ease playing for their clubs too.

“Now, players join the England set up, even if they aren’t doing well at club level, and still play well for England. They have a comprehensive way of playing that the players understand.

“Harry Maguire is rightfully in England’s squad because he’s never let them down and will continue to play well for them. To be omitted, he’d have to let Gareth Southgate down and stop playing well for England. Until that happens, he will keep making the team.”