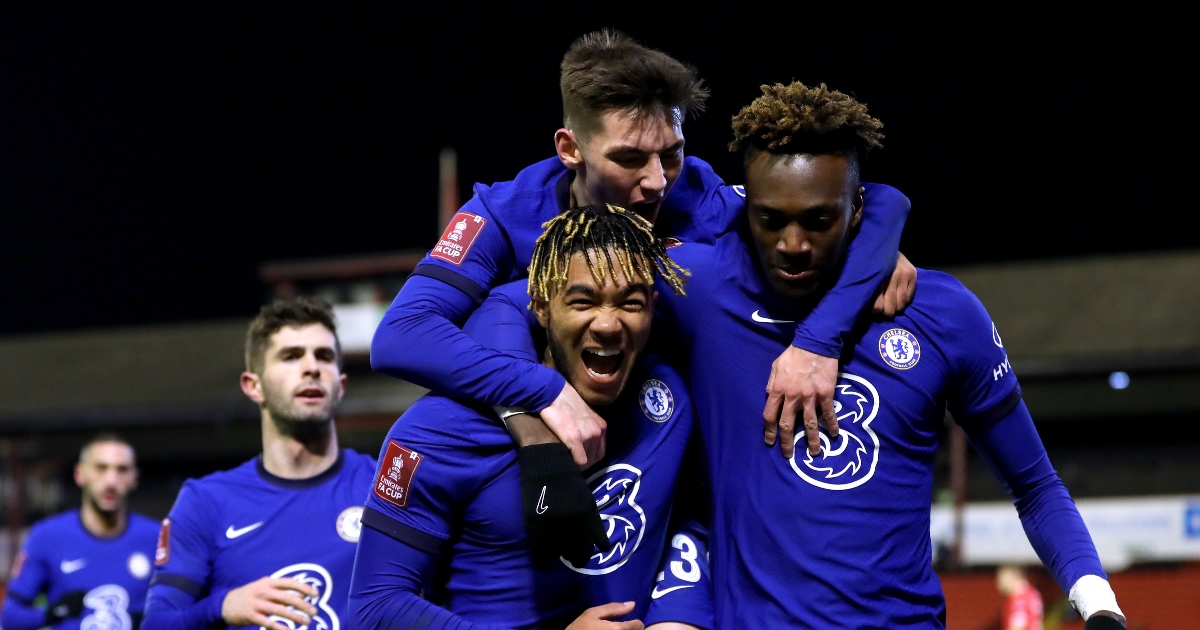 Tammy Abraham saved Chelsea with a second-half winner at Barnsley as his side scraped through to the last eight of the FA Cup with a 1-0 win.

Abraham struck the fifth-round tie’s only goal from close range, but it was tough luck on Barnsley, who put up a valiant effort.

The Sky Bet Championship side had the game’s best chances against Thomas Tuchel’s mis-firing Blues.

But they fell short in their bid to pull off a repeat of their club’s heroics against Chelsea in the same competition 13 years ago.

The Reds produced a huge quarter-final upset in 2008 when Kayode Odejayi headed their winner, but this time they paid the price for failing to take their chances.

They were unlucky not to have led at half-time, with Callum Brittain twice going closest to breaking the deadlock.

The midfielder’s close-range effort from Alex Mowatt’s excellent cross in the tenth minute forced a superb reaction save from Kepa Arrizabalaga.

Then just before half-time Brittain fired goalwards following a clever corner routine, only for his shot to be deflected off target.

In between, Chelsea were denied what appeared to be a penalty by referee Martin Atkinson.

Tammy Abraham galloped on to Billy Gilmour’s throughball and Barnsley defender Toby Sibbick caught the Chelsea striker’s foot as he slid in for a goal-saving challenge.

Tuchel sent on Reece James and Antonio Rudiger for Marcos Alonso and Andreas Christensen at the start of the second half in a bid to kick-start his mis-firing side.

But Barnsley continued to look the more dangerous. Cauley Woodrow’s effort was blocked by Rudiger before Chelsea flickered into life.

Callum Hudson-Odoi wriggled free of two Barnsley defenders on to the left edge of the penalty area, but pulled his 60th minute shot wide.

The Londoners had not mustered an effort on target, but threatened again when Rudiger’s header from Hakim Ziyech’s free-kick flashed wide.

James added real pace and power down Barnsley’s left side and it was the England right-back who fashioned Chelsea’s breakthrough.

He stormed beyond Barnsley’s cover and his fine low cross was tapped home from close range by Abraham to give Chelsea a 64th minute lead.

Replays showed Abraham was offside when James played the ball across and the Premier League side will be grateful there are no video assistant referees in the FA Cup.

Abraham then rescued Chelsea at the other end, bailing out Arrizabalaga.

The Blues goalkeeper failed to get anywhere near another Mowatt free-kick and Abraham headed Barnsley substitute Michael Sollbauer’s hooked effort off the goal-line from under the crossbar.