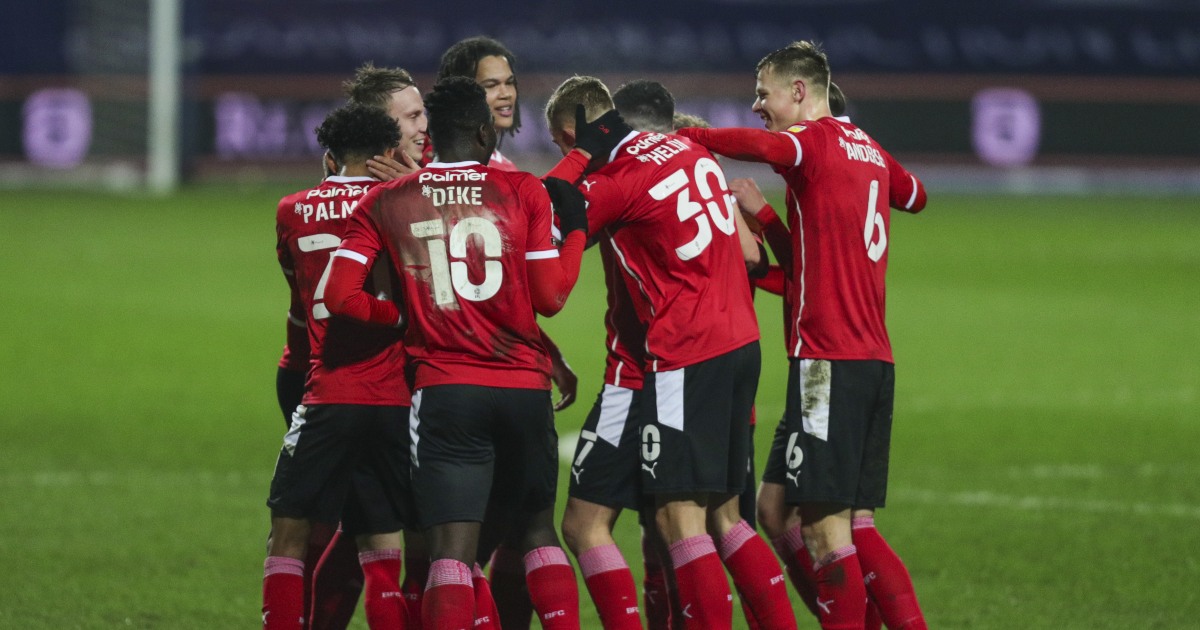 In any season, there is a defining moment which can turn everything on a sixpence. For Barnsley, a topsy-turvy 3-2 win away at promotion chasing Bournemouth has transformed Valerien Ismael’s side from plucky underdogs into something altogether more substantial. The Tykes are making child’s play of their promotion push.

Of course, to suggest that Barnsley have been underdogs at any point since the turn of the year would be to seriously underestimate just how long they have been working towards this goal. The managers may come and go and the faces in the shirts may change from transfer window to transfer window, but the core value remains the same. And that core value means more than just winning games.

Admittedly, they are very good at that. Six straight victories before the midweek draw with Derby County and now this victory at the Cherries form part of an 11-game unbeaten run which has seen the South Yorkshire outfit firmly cement themselves inside the top six. What once was a mire of teams fighting for that final play-off spot now has more clarity with that six-pointer victory over the seventh-placed Cherries. A five-point gap has opened up below the dotted line with no games in hand for anybody relevant to that particular race.

But how has a club with one of the lowest budgets, least glamorous surroundings and most unfancied chances managed such a rise to the point now where anything less than a play-off semi-final appearance would constitute an extremely disappointing end to the season?

You wouldn’t put it down to luck, although it took a remarkable turn of events ranging from last-minute winners in each of their final two fixtures of last season as well as a controversial points deduction for Wigan Athletic to slenderly keep the Tykes in this division.

The man behind the great escape – Austrian coach Gerhard Struber – departed for New York Red Bulls to avoid another relegation battle, but as usual Barnsley had a plan.

Unlike the majority of clubs with Barnsley’s budget – teams like Rotherham United, Luton Town, Wycombe Wanderers and Preston North End – Barnsley have cast their scouting net so much wider, for both players and managers.

Until Portuguese Jose Morais’s arrival in the Oakwell hot seat in 2018, the club had had just one non-British or Irish manager in their history. Ismael is their fourth foreign manager in a row, managing a squad with a Dane, a Finn, two Austrians and a Polish powerhouse at the back.

Barnsley went continental and haven’t looked back. Each of the last three appointments – Daniel Stendel, Struber and now Ismael – have progressed the club superbly in each of their stints. South Yorkshire has embraced central Europe with Germany’s Stendel and Austria’s Struber paving the way to Frenchman Ismael, who spent the majority of his playing career in Germany.

The names may appear random when they arrive holding a Barnsley scarf above their head, but there are few second-tier clubs with more joined-up thinking than the Tykes.

In a division littered with clubs caring only about the immediate future, Barnsley have been progressing nicely in recent years, though this season has been one put in fast-forward. If they are largely taking advantage of one of the poorest quality Championship seasons in years, then they are doing it with aplomb.

And as if to prove a point, it was Saturday’s game against Bournemouth which shows just how far this club has come. Taking the lead against a decent outfit just relegated from the Premier League is commendable though not unusual, but to go in trailing 2-1 at the break would see more established sides’ good runs come to an end faster than you can say ‘three half time substitutions’.

One of the most adept coaches at making changes to his team in the Championship, it was a trio of replacements which made the difference. Match-winner Carlton Morris, one of those three to come on at the interval, is perhaps the shining beacon of everything that is right with Barnsley right now.

Just like Carlton Morris, #barnsleyfc have gone from football rags to potential riches. He sums up this team and this team sums up everything that is good about football

A sign of a good team is winning games. The sign of a great, well-managed and exciting outfit is one that can make previously average-looking players look like world-beaters. Morris is very much that man in this outfit.

His signing from Norwich City was met with little fanfare, and even ridicule from some fans of his previous clubs. Two separate, equally uninspiring loan spells with Barnsley’s south Yorkshire neighbours Rotherham sandwiched a decent spell with League One Shrewsbury and an extended temporary switch with their divisional rivals MK Dons, to which three goals in 18 games this season made his permanent move to Barnsley look all the stranger on paper.

Ismael though has turned the 25-year-old forward into one of the division’s stand-out performers in 2021, his headed winner the fifth goal of his fleeting Barnsley career. He just fits.

And that goes for almost every other player in this team; from mercurial skipper Alex Mowatt to centre-back Michael Helik, the joint top-scoring defender in the division, this team is set up to work an entire squad to be their absolute best, individually and as a group.

Not only was the victory over Bournemouth a massive result, but it was one of few games remaining against top-half clubs. Each of the next two fixtures are against the bottom two while Luton, Coventry, Rotherham and Huddersfield are all left to play next month. Play-offs might well be the minimum expectation given what they’ve already navigated in recent weeks.

But it matters little to not at all whether Barnsley go up this season. The club is headed in one direction only. Players may leave; Ismael may be poached from elsewhere, but the building blocks are there to continue onwards and upwards. Whatever the result this season, the Tykes are looking like one of the most mature and well-run sides in the division. That alone is worth celebrating.