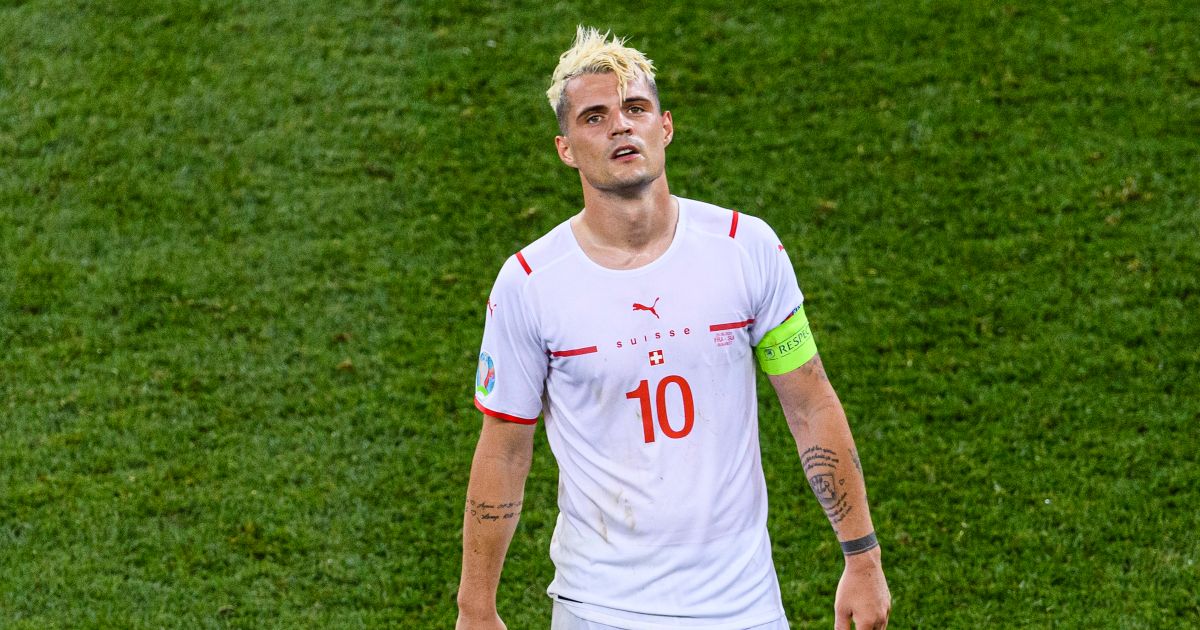 Arsenal will sell Granit Xhaka to Roma this summer for €20m unless something surprising happens, according to reports in Italy.

He played a starring role for Switzerland as they reached the quarter-finals of Euro 2020, knocking out France in the process – but Arsenal are still looking to sell Xhaka this summer.

The Swiss midfielder is pushing for a move to Roma, and reports this month have suggested talks between the two clubs are progressing, despite the Italian side’s rejected €15m bid.

A recent report claimed the deal is not as close as had initially been claimed, with the two clubs unable to agree on a fee for the player.

However, Italian website Calciomercato reckon it is ‘a marriage that is about to come true’ with Mourinho having ‘identified him as an ideal reinforcement’ as he looks to revamp Roma.

The report insists that ‘all is done and the signing, barring sensational surprises, will arrive shortly’ with Xhaka about to sign for €20m.

Roma start their pre-season trip to Portugal in three days time and the club expect Xhaka to join before it ends on August 6.

Speaking about speculation ahead of Euro 2020, Xhaka said: “There are always rumours as soon as the transfer market opens but I don’t want to talk about my future.

Meanwhile, former Arsenal midfielder Ray Parlour reckons the tempo of Italian football will suit Xhaka down to the ground.

“He’s had good games like [against France] at Arsenal, but I just think mobility is key in the Premier League and he lacks that,” Parlour said.

“International football can be a bit slower sometimes, the build-up play isn’t as fast which doesn’t suit his game.

“If he goes to Roma, I think Italy is perfect for him. It’s a slower game over there and you know Xhaka has got the passing ability to excel there.”