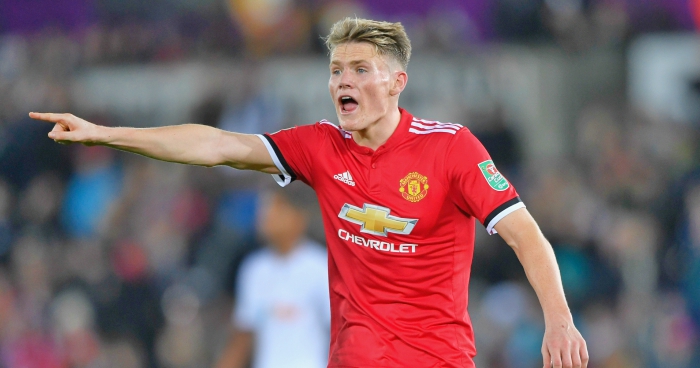 Scott McTominay has been accused of electing to represent Scotland instead of England because he “wants his summers off”.

McTominay was eligible to play for both national sides, having featured for neither at youth level.

His promotion to the Manchester United first team begged the question as to where his international future lay, however.

McTominay pledged his future to Scotland at the weekend, and Joey Barton believes that decision “has shown his ambition”.

“He obviously wants his summers off. He has shown his ambition hasn’t he? He realises the weight of playing for England and working every summer – he doesn’t want that,” Barton, capped once by England, told talkSPORT.

“Maybe Manchester United and Fergie have influenced it. Scotland have improved the last qualification campaign and if he feels more Scottish than English fair play to the kid.

“It would have been easy to go financially to the England side and, if you are in the Manchester United team, then there’s a good chance you get called up by England. That has been a route map for a long period if you look at Lingard and Rashford.

“Fair play to the boy, if he feels a passionate Scotsman then it can only be a good thing for Scotland, because he is a seriously talented individual.”

More from Planet Sport: Times when Federer and  Murray ‘loosened up’ and cried (Tennis365)