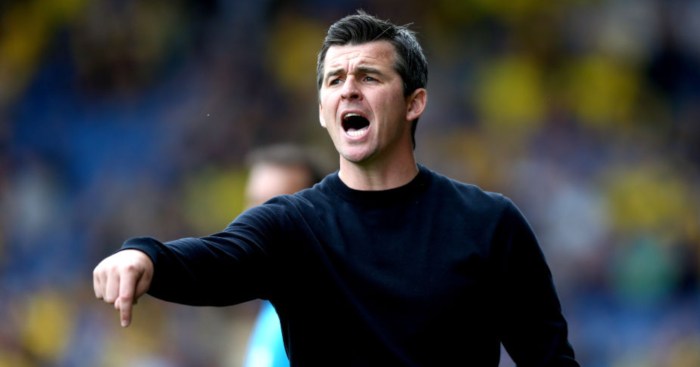 Fleetwood manager Joey Barton says he “emphatically” denies all allegations made against him following Saturday’s defeat at Barnsley.

South Yorkshire Police are investigating an incident in the tunnel at Oakwell have bailed a man who was arrested on suspicion of racially aggravated offences.

“With regards to the alleged incident on Saturday following our game against Barnsley, I emphatically deny all the allegations made,” Barton posted on Twitter.

“Given this matter has not been formally closed, it would be inappropriate for me to make any further comment.”

Woodrow, whose tweet was later deleted, claimed the incident left German coach Stendel with “blood pouring from his face”.

South Yorkshire Police are keen to gather any available video footage of the event.

Barnsley announced on Tuesday that they had lodged formal complaints with both the English Football League and the Football Association over the alleged incident after the match.

Police said inquiries into the incident are ongoing and asked people to refrain from speculation that could potentially harm their investigation.