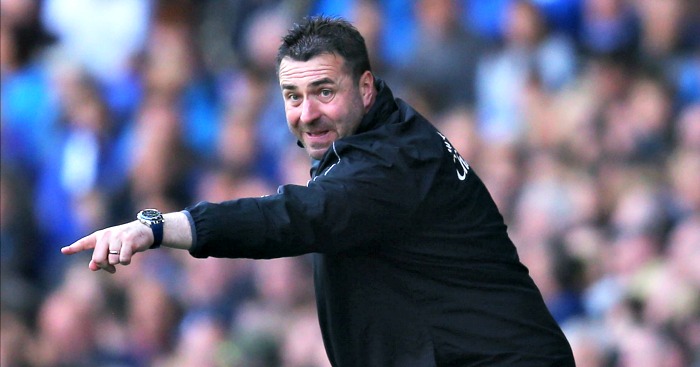 Joey Barton believes Everton would be relegated if they place David Unsworth in permanent charge.

Unsworth has taken over as Everton caretaker manager after the sacking of Ronald Koeman last week.

The Toffees have lost both of their games in that time, and find themselves 18th in the Premier League table.

Barton, who blasted Unsworth’s weight at the weekend, has again laid into the former Under-23s manager.

“He’s talking a big game in the papers saying he wants the job and thinks he can handle the job full-time,” Barton told talkSPORT.

“He is saying this on the back of having never managed a senior side, not really done an apprenticeship and gone down the leagues to ply his trade and work his way back up into a position to manage a Premier League club.

“In my opinion, he has cosied up to Bill Kenwright, who he knows is a romantic, who he knows likes former players to be involved in the football club, and is attempting to take a shortcut.

“He doesn’t look right to me. He is not the right man for the Everton job.

“If he takes the Everton job, Everton will get relegated.”