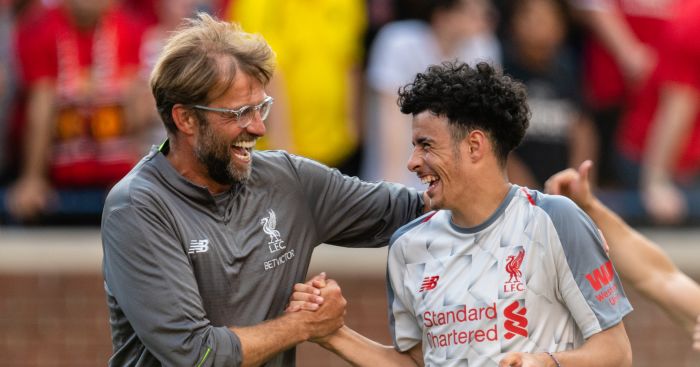 The Reds last won the top-flight back in 1989-90 before the Premier League’s inception but their spending this summer has led many to believe they could end that run in the coming campaign.

Naby Keita, Fabinho, Alisson and Xherdan Shaqiri have all arrived at Anfield this summer in a transfer spree of over £150million.

“When we look across Stanley Park, no matter what any of us say, and see the big German [Jurgen Klopp], the style they’re playing, and the way they have invested again – it’s nervous times for Evertonians,” Barton, who is an Everton fan, told talkSPORT.

“I honestly think they could get really close to their first title in 20-odd years.

“It will be really close.”

Jose Mourinho commented over the last week that people should start demanding that Liverpool win the Premier League after their summer outlay.

“The problem is you have to invest well and, honestly, I think they did very well because every player they bought are quality players and I’m happy for them,” Mourinho said.

“And I’m also happy to smile and to see that you can change your opinion and change as a person, is funny [meaning Klopp].

“That’s OK. But maybe this season finally you demand they win.

“Now you have to demand and say the team – with the investments you are making last season and you make now, that will probably be the record of the Premier League this season, a team that was a finalist in the Champions League – you have to say you are a big candidate, you have to win.”