Home All The News Barton praised ahead of possible Burnley swansong 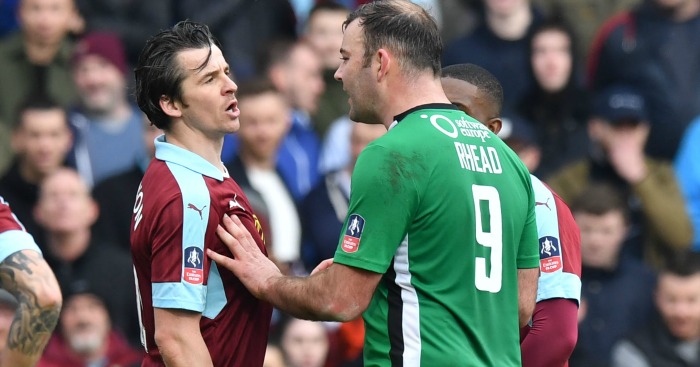 Joey Barton has earned a glowing commendation from Burnley boss Sean Dyche ahead of what could be his final game for the club.

Barton was a key part of the Clarets’ Championship-winning campaign last season and, after a brief and tempestuous spell at Rangers, returned in January to restate his Premier League credentials.

The 34-year-old midfielder has since made 10 appearances, scoring the winning goal against Southampton and putting in a superb shift in the surprise draw with Chelsea.

But Saturday’s game against Swansea could be the end of the road, with a Football Association hearing into betting offences due to take place next week.

Barton has accepted a misconduct charge relating to 1,260 bets over a 10-year period and could face a lengthy ban, scuppering his hopes of staying at Turf Moor beyond the summer.

The former Manchester City, Newcastle and QPR player was charged before re-signing with Burnley but Dyche had no qualms about inviting him back, first to train and then as a first-teamer.

“I don’t think he had to prove his worth, he had nothing to prove to me,” said the manager.

“I can’t talk about other people and other clubs he’s dealt with but around here he’s been absolutely top drawer.

“As a man, as a player, around the group and his performance, he’s been top drawer.”

Dyche is phlegmatic about the prospect of Barton being banned, a possibility the club made contractual provisions for and one the manager has not investigated too deeply.

“It was something to do with himself and the FA, so we’ll have to wait and see what happens with that,” he offered.

“That’s for him and his team to take on with the FA and see how it comes out. I don’t fear anything, because I don’t know what’s going to happen.

“As much as we get on really well I don’t sit him down and go ‘what do you want to do? He’s his own man. He’ll make his own way.”