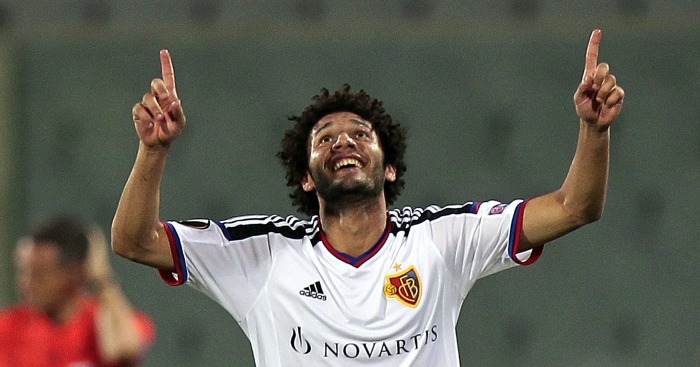 Arsenal are closing in on a deal to sign Mohamed Elneny, according to the midfielder’s club FC Basel.

Elneny has been linked with Arsenal for a month, with the Premier League leaders seeking cover in midfield in the midst of an injury crisis.

The deal has been reported to be near completion for a number of weeks, but Basel themselves have now confirmed that Elneny is close to leaving for the Emirates Stadium.

They reported on their official website that Elneny was one of just two absentees for the club’s first training session of the calendar year on Tuesday.

‘Elneny is about to change for the Premier League leaders Arsenal,’ the club said. ‘The release should be converted 11 million Swiss francs,’ it added, a fee which would convert to £7.4million.

Is this the terrible end to the Calum Chambers defensive midfield experiement? Please say not.