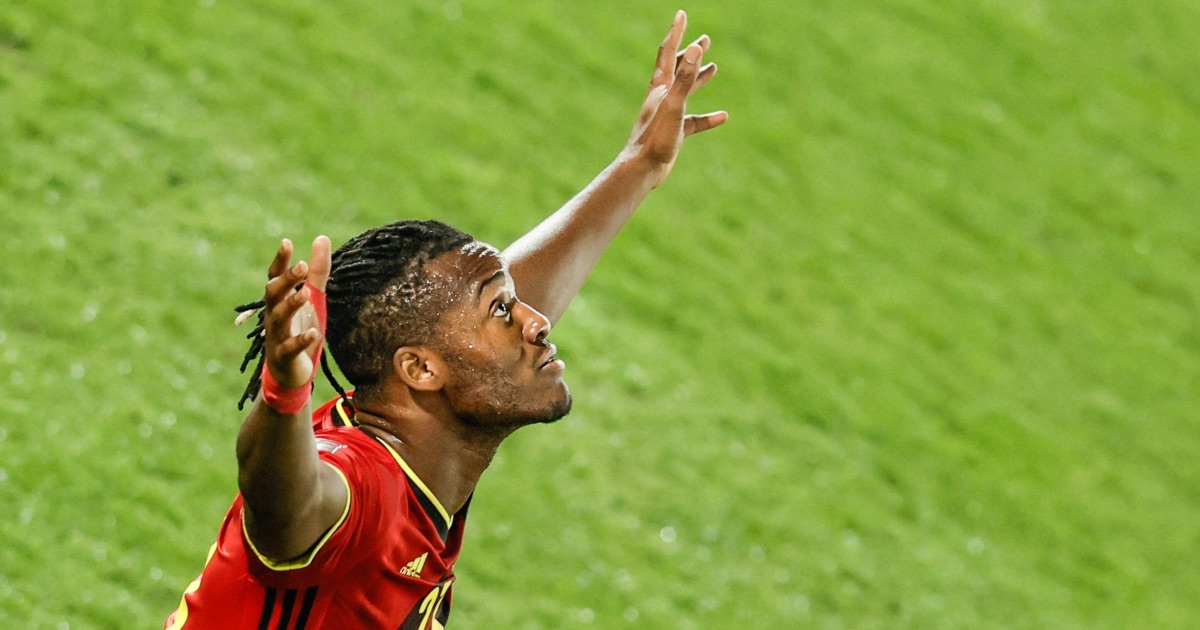 Belgium striker Michy Batshuayi has hit out at Roy Hodgson, claiming that playing for Belgium gives him a “breath of renewed energy” as he feels he’s not trusted at Crystal Palace.

Batshuayi has scored one goal in seven starts under Hodgson for Palace this season but was picked to start Belgium’s World Cup qualifier against Belarus on Tuesday.

MEDIAWATCH: Why are Liverpool relaxed about Mo Salah ‘own goal’?

The 27-year-old scored the opening goal in the 8-0 thrashing and told reporters of his relief to be playing for his country over his club,

“I get a breath of renewed energy when I come into the national team, because it’s very hard for me at my club,” he said.

“With the Red Devils, I feel a lot of trust from the coach; trust that I do not get there (at Palace). With (Roberto) Martinez, we talk to each other a lot, even when I’m back at my club. I give 200% not to disappoint him.”

The striker has scored an impressive 22 goals in 33 internationals for Belgium, more than he’s managed in the last five club seasons in total.

He’s currently on loan at Palace from Chelsea, who signed him for £33million from Mareille in 2016.

Batshuayi will have hoped for more game time under Hodgson having stuggled for chances at Stamford Bridge, but has found his minutes limited with the Palace boss calling more frequently on Jordan Ayew and Christian Benteke to play up front.

Batshuayi himself has admitted he remains confused as to why he has consistently failed to replicate his form under Martinez at Belgium in the Premier League.

“Why do I score so easily here? That’s a question I ask myself,” he said in November.

“It’s a bit annoying but I don’t think about the past, I’m going forward. It shows that I have qualities, I have to try to perform well in the club as in the national team.”

Palace have a tough run coming up in the Premier League as they play Everton, Chelsea, Leicester and Manchester City on the bounce.