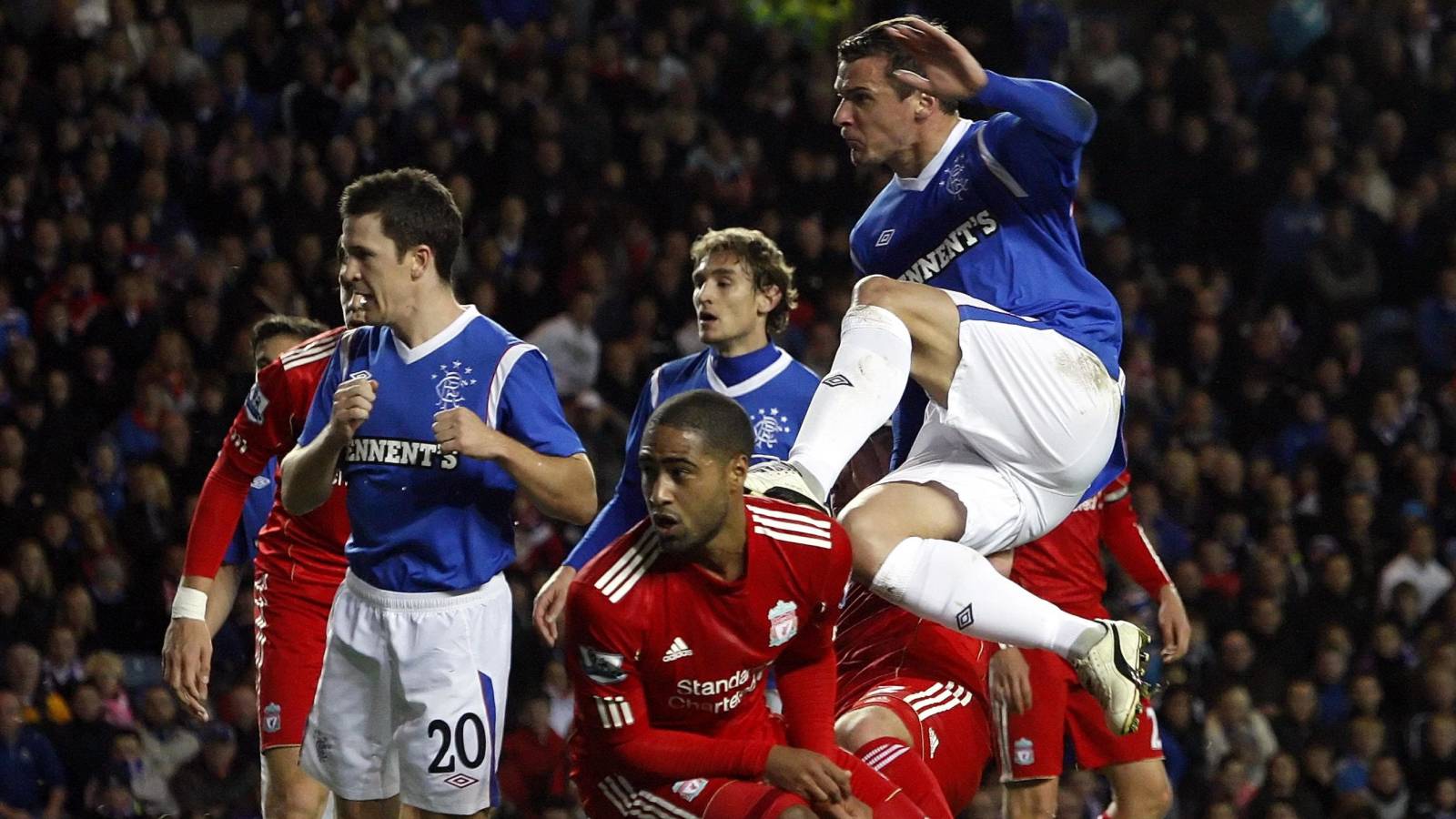 In its customary interminable and long-winded way, with pots of little footballs and awkward chit-chat, the Champions League draw has taken place!

All four English teams have done… okay. Manchester City got a decent team from Pot 2 and the other three all avoided the biggest Pot 1 beasts.

Mainly, though, it was a Champions League draw chock full of #narrative. Here’s the top five bits.

Battle of Britain
Always a decent chance it would happen and it’s the only place to start here, isn’t it?

You can absolutely guarantee our sub-head will be the headline on at least one back page tomorrow despite not really making much sense historically or sportingly. But Liverpool v Rangers is an assuredly spicy meatball and means it’s no longer just Aston Villa fans who wish Steven Gerrard was still Rangers manager. In a draw that had #narrative right out the wazoo that would arguably have been too much. Too much f***ing narrative.

Any English team against Any Scottish team is more than enough for anyone thank you very much, and on the back of that win over PSV, Rangers will quite rightly believe all things are possible against a suddenly very shaky Liverpool and whichever two other unimportant teams are in the group.

Group of Equality
There are a few different ways to get a ‘perfect’ Champions League draw if you’re a team that doesn’t really expect to win it but finds itself handily placed in Pot 2.

On the one hand, there’s a temptation to just enjoy a group against great big bastards. Get yourself a Proper Champions League Group, one that could absolutely never be a Europa League group. You want Real Madrid or Bayern Munich here out of the top pot. You’d probably say Inter or Dortmund out of the third and maybe Marseille from the fourth.

Another way is to get the easiest possible group and hope to win it, but there’s no denying that all feels a bit Europa and slightly spoils the fun.

The middle ground, the third way, is to avoid any particularly scary Pot 1 behemoth but get some Proper Teams in Pot 3 and 4. Which brings us to Tottenham and Group D. You’ll hear plenty about Eintracht Frankfurt’s European nous and proven ability in the Europa run to get the job done, but let’s not pretend for a single second they aren’t the weakest team in Pot 1. They finished 11th in a non-vintage Bundesliga last season and are without a win after three games of the current campaign.

It’s the one everyone wanted, and Spurs got it.

But they also got a potentially Ronaldo-enhanced Sporting from Pot 3 and Marseille from Pot 4. It absolutely screams of a group that ends up being won by a team with 10 points while some poor sods with seven points finish bottom and crash out of Europe altogether.

We’re not predicting anything here, but there’s a word to describe such an outcome…

It’s a perfect example of how the change to make Pot 1 a ‘Champions Pot’ (which was a great change) has meant that Pot 3 in particular but also to an extent Pot 4 are the ones that really define how the group feels, on paper at least.

Familiar faces
It is immensely greedy of us to have Erling Haaland against Dortmund and Robert Lewandowski against Bayern but it is also absolutely delicious. Yummy, yummy, yummy.

The Haaland angle will clearly dominate discussion of that City group and frankly it’s just as well it’s there because otherwise it is, a bit like the Premier League, a group of vaguely interesting teams but we all know it ends with City top.

A Haaland-less Dortmund are still not to be taken lightly but do have the air of a team that has passed its latest peak and is currently in the rebuild phase before its next great team can once again finish slightly closer to Bayern than this one.

Sevilla are, of course, ‘European specialists’ but there’s no getting away from the fact that this specialism is mostly to be found in the Europa rather than Champions League.

Copenhagen can certainly give Dortmund and Sevilla a bit to think about, but they are all playing for second while possibly even secretly hoping for third.

With Lewandowski and Bayern, though…

THE GROUP OF DEATH!
The current seeding system makes a Group of Death all but inevitable, and Inter always looked the likeliest Pot 3 team to find themselves within it. But Bayern and Barcelona makes it just about unimprovable.

Inter are absolute masters of this kind of thing. They’ve had one of Barcelona, Bayern or Real Madrid in the last four seasons and have now gone one better by having two of the buggers this time around.

Three of the last six clubs to win the Champions League all in the same group is just about the most group of deathy these things can ever get.

And it was a fitting end to the draw, too, watching every other team and group come and go as Viktoria Plzen slowly realised what was going to happen. Of course, they will also be pretty chuffed with that grand tour of Champions League royalty.

Travelling light
The absence of Russian teams has made things slightly easier on this score, but the distance to be travelled by English teams remains a point of discussion and all four teams have come out of this draw reasonably well. Germany, France and Portugal is agreeably Western Europe for Spurs.

Liverpool have done even better with Rangers an obvious boon but Amsterdam and Naples also not too bad. Chelsea do have Zagreb on their itinerary but also northern Italy and Austria while City venture no further than Seville.

Basically, everyone wanted to avoid Shakhtar. So in that sense, it’s bad luck to Celtic. But Real Madrid is its own reward in their group. A group of great historical importance as two teams who between them won seven of the first 12 European Cups do battle.