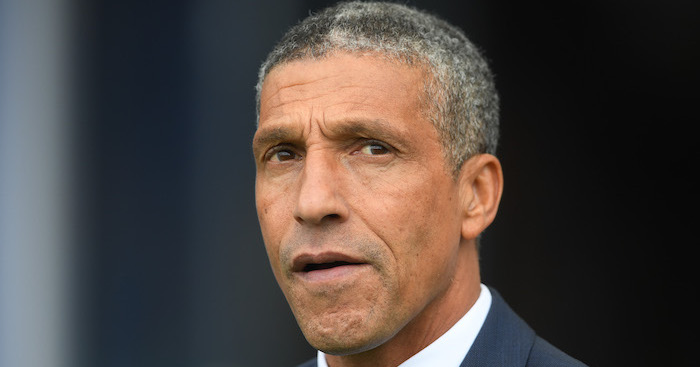 Brighton & Hove Albion boss Chris Hughton has demanded an immediate improvement and threatened to drop some of his under-performing players after their 1-0 defeat to Southampton.

Defeat for Brighton halted their two-game winning run in the league and drags them back into danger ahead of the midweek trip to Chelsea and next weekend’s FA Cup semi-final with Manchester City.

Burnley also won their Saturday afternoon game against Wolves, meaning the Seagulls are now level on points with both the Clarets and the Saints, five points ahead of 18th-placed Cardiff.

“It was a big opportunity at home to increase the gap a bit more, and there’s more pressure now,” he told Brighton’s website.

“We’ve got a lot of work to do to make sure we stay in this division.

“Everybody’s battling, and I never expected anything less until the end of the season. It’s something we have to accept, and we’ll need to show our quality and determination to get us out of it.

“I expect and need a performance against Chelsea.

“If players aren’t doing well enough now they may not play in the next game. We have competition for places here and all I’m interested in is performances now.”