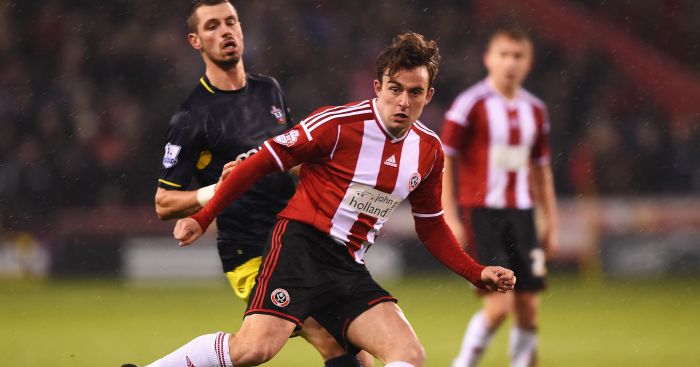 Jose Baxter is set for a surprise return to Everton after being offered a 12-month contract when his drugs ban ends in the summer.

The 24-year-old, who came through the youth system at Goodison Park, is currently serving a 12-month suspension after traces of cocaine were found in a routine test following a night out in February last year – the second test he had failed.

Baxter was at Sheffield United at the time, subsequently released in May and then handed the sanction in August.

But he has been handed a lifeline at Everton, where he made 15 appearances for the first team, with a deal waiting for him when he has served his ban.

The Bootle-born midfielder, who is likely to play with David Unsworth’s under-23s, said in the Times: “I’m speechless. Not many people get a second chance and here’s me with a third chance.”

Unsworth added: “It can be anything he wants it to be.

“As soon as he comes through the gates of Finch Farm in July, he will be treated like an Under-23 player and we work very hard. He will be given the same opportunities as everyone else. If that means he moves on to a Championship club or League One club later on, that will be down to Jose.

“We want to help because that is the sort of club we are. He is one of our own, but I have said to Jose, in no uncertain terms, that this is your last chance.”

Baxter made his Goodison Park debut in 2008, aged just 16, but he failed to make the grade with the Toffees and joined Oldham in 2012.