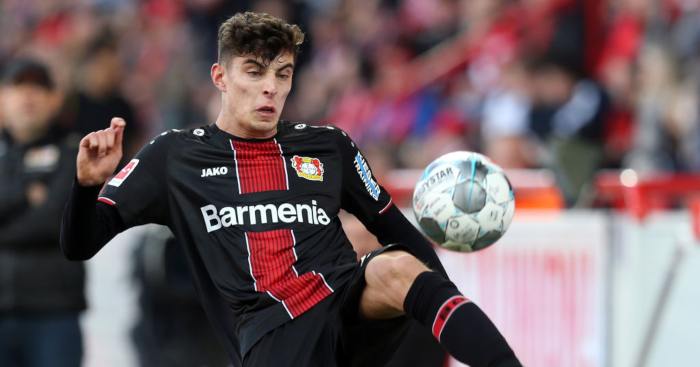 Chelsea – who lost the FA Cup final 2-1 to Arsenal on Saturday – have been reportedly close to completing a deal for Havertz for some time, but the Blues are thought to still be around £20million short of Leverkusen’s £91million valuation.

And Bosz says he knows where Havertz wants to be playing next season, claiming that the star playmaker’s move could be imminent.

“Yes, I know what he wants to do, but of course I’m not going to give it away, it’s up to him,” he told Deutschen Presse-Agentur.

“I couldn’t say. Perhaps the crucial call will come today, maybe next week, maybe not at all.”

Havertz has registered 45 goals and 31 assists in 148 appearances for Leverkusen following his debut in 2016.

The 21-year-old only has two years left on his contract and is likely to be on his way out of the club, but Bosz has praised his professionalism.

“I talk to Kai a lot and try to feel what all this does to him,” he added.

“For example, these daily rumours about transfers. I keep finding that Kai is handling all of this very well. I don’t think he will stop playing at 29 [like Andre Schurrle].”