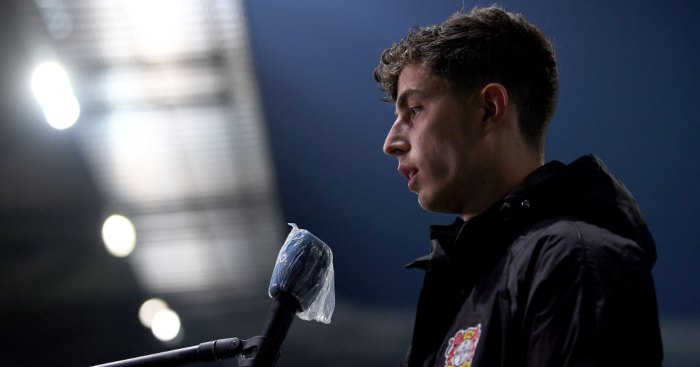 Bayer Leverkusen boss Peter Bosz says he “does not expect” Kai Havertz to train with the club again as he is expected to complete a move to Chelsea.

Havertz linked up with his Germany international teammates on Monday ahead of a proposed £90million move to the Premier League.

Chelsea director Marina Granovskaia was hoping to haggle Leverkusen down, but the Blues look set to pay full price for the playmaker.

The 21-year-old is expected to sign a contract which will keep him at Stamford Bridge until 2025.

Bosz has all-but confirmed that the deal for Havertz is done, as he admitted he does not expect him to return to train with the Bundesliga side.

“Unfortunately, our squad has not yet been determined,” he said.

“I don’t expect Kevin Volland and Kai Havertz to train with us again.

“It is possible that other players will also change. We definitely need to bring in players.”

Leverkusen were keen to keep hold of Havertz and Volland – who is on the verge of a move to Monaco – but failure to qualify for the Champions League forced their hands into selling the stars.