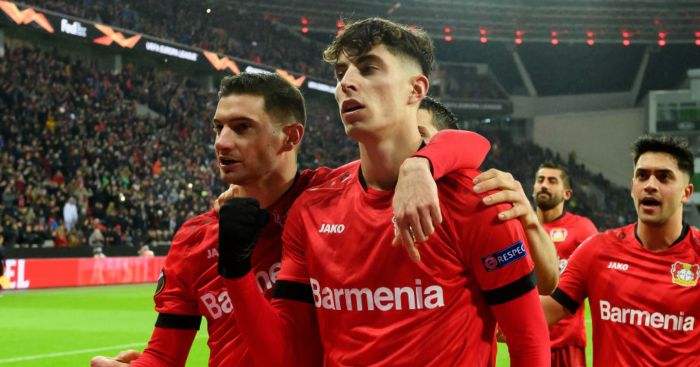 Bayer Leverkusen sporting director Rudi Voller has provided an update on the future of star man Kai Havertz after Chelsea became the latest club to be linked with his signature.

Havertz has scored five times in four games since the resumption of the Bundesliga and is on the radar of Real Madrid and Bayern Munich, as well as Manchester United and Liverpool.

Liverpool may be out of the race, however, after Jurgen Klopp recently admitted the Reds are unlikely to make any major signings this summer, having missed out on Timo Werner.

Nonetheless, Voller is well aware of the growing clamour to sign Havertz, with it claimed on Tuesday that Chelsea would soon launch a huge bid.

Voller, however, remains hopeful that his side can retain his services for this summer at least.

“We haven’t given up hope that he’ll stay with us,” Voller told ARD, reported by Metro.

“We try to give him every possibility that he can call up his qualities.

“He did an outstanding job in the second half of the season.”

Chelsea already look to have won the race to sign Timo Werner, and it was reported that the striker’s friendship with Havertz could see them also win the race for the Bayer star.

Havertz is said to be valued at north of £75m with the player under contract until 2022.

Havertz has been in the Leverkusen first team since he was 17 and has seven caps for Germany. He has been influential this season but has been left out of their last two squads.