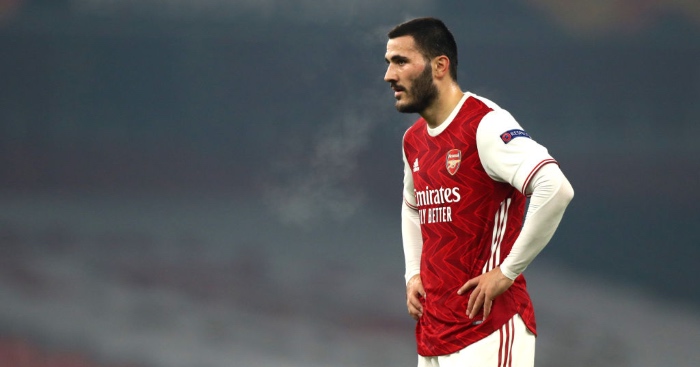 The Bosnian international has had a frustrating time at the Emirates recently.

He’s seen his playing time reduced by the form of Kieran Tierney. The Scotland international has made seven league appearances this season, whereas Kolasinac has played in the Prem just once.

READ: Pulisic leaves USA camp and returns to Chelsea due to injury

According to German source Sport Bild (via Football London), Leverkusen are willing to take Kolasinac off Arsenal’s hands.

They were thought to be interested in signing him during the last transfer window, but this never happened.

Leverkusen officials are now monitoring the situation and believe January could be the ideal time to launch a deal.

Arsenal currently don’t seem to need Kolasinac, especially when it comes to the Premier League.

He has played in other competitions such as the Europa League. But it’s clear that boss Mikel Arteta sees Tierney as his long term choice at left back.

Leverkusen will be hopeful that they can strike a cheap deal for Kolasinac in their search to bolster the squad.

Selling the 27-year-old would give Arteta extra funds in preparation for the January window.

The Gunners are linked with a host of European talent, including RB Salzburg’s Hungarian wonderkid Dominik Szoboszlai.

Arsenal chief Edu is thought to be in contact with the player’s agent over a £22.5 million move in January.

The 20-year-old is thought to have a £45 million release clause in his contract. That’s reminiscent of the deal Arsenal used to sign Thomas Partey from Atletico Madrid on transfer deadline day.

Arsenal must solve their Kolasinac problem, just like their Mesut Ozil problem. The two players are picking up large wage packets and are currently not featuring regularly in the first team.

January could be an interesting month for Arteta, Edu and Arsenal.