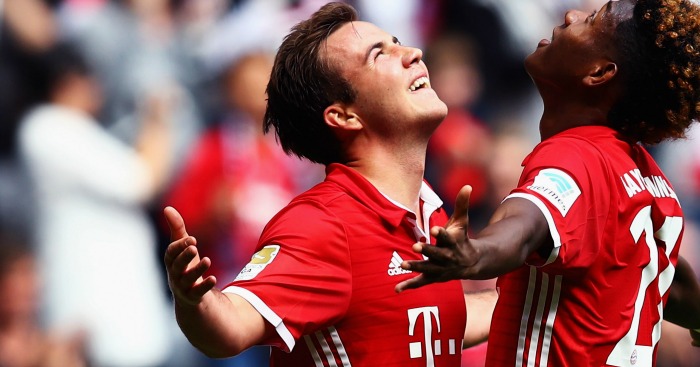 Mario Gotze has opened talks over a return to Borussia Dortmund, according to Bayern Munich CEO Karl-Heinz Rummenigge.

After starting just 11 games in the Bundesliga for the champions last season, Gotze has been linked with a move away from Bayern all summer.

Premier League sides Liverpool and Tottenham had held an interest in the 24-year-old, but it is believed that former club Dortmund, who he left in 2013 for £30m, are leading the race for his signature.

“I wouldn’t say a deal has been struck, but I can confirm that there have been talks with Borussia Dortmund as well as with his agent,” Rummenigge told Sport1 television.

“But it’s not complete yet. The clubs must first reach an agreement over a transfer fee.

“He’s been here for three years and it’s not worked out,” Rummenigge added. “It’s not surprising that he has had a change of heart.

“He’s 24 years old and he needs to be playing regularly.”

Dortmund manager Thomas Tuchel was slightly more reserved over the prospect of signing the forward.

“I do not think [Mario Götze] will be there when we land [in Dortmund],” Tuchel said. “It would be a big surprise. I think he is on vacation. For everything else you have to wait.”