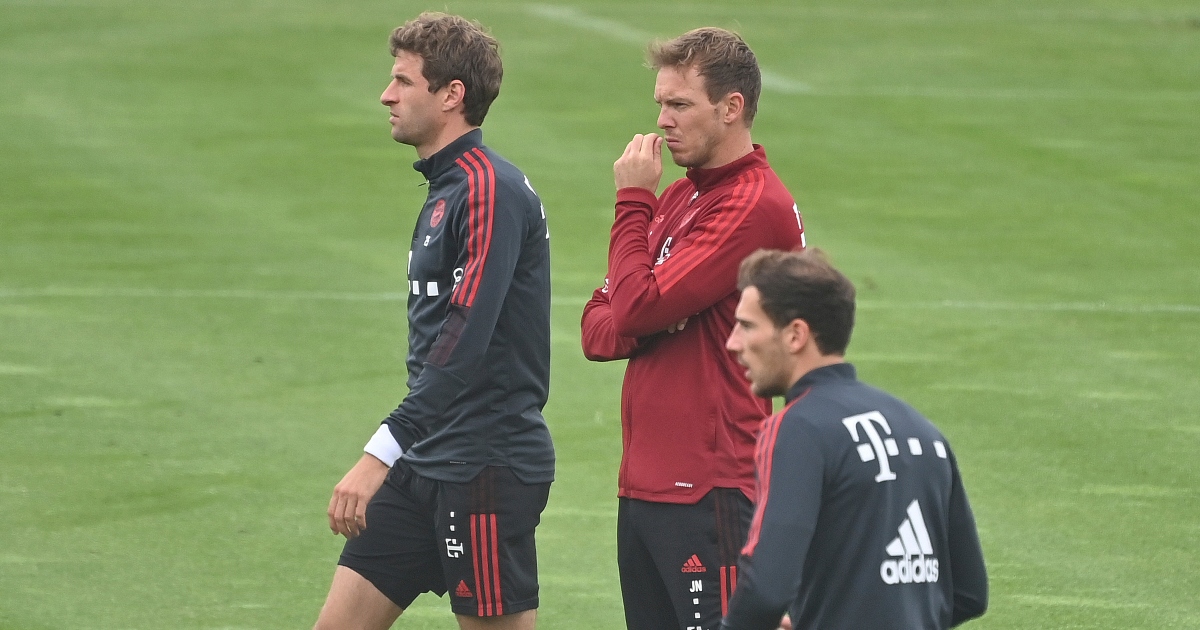 Bayern Munich boss Julian Nagelsmann has outlined his stance on Chelsea defender Antonio Rudiger, who is linked with the German club.

The Blues face a fight to keep hold of the Germany international, who is out of contract next summer.

There are no clear indications as things stand that he will sign a new deal at Stamford Bridge, which has left Chelsea fans in a state of worry.

Real Madrid and Paris Saint-Germain are also rumoured to be eyeing up a move for the 28-year-old.

But Falk has also given Chelsea fans a reason to be confident. He states that the ‘tendency’ is for a new contract to be signed in west London.

However, his £140,000 per week wage demands are putting the European champions off, football.london understands.

Nagelsmann was reluctant to express an interest in the defender, but did indicate he would be happy to sign him if his contract is able to expire.

He said in a press conference: “I’m generally not a big fan of talking about players who are under contract elsewhere, and besides, we’re outside the transfer period.

“I’m talking about him now as a football fan because he is a German senior international. He has made a super development. Thomas [Tuchel] has handled him extremely well – he was still on the sidelines at Chelsea a year ago and is now certainly one of their most decisive players.

“He has incredibly good aggression and is a very good defender. I haven’t spoken to Brazzo (Hasan Salihamidzic) about it and if I did, I wouldn’t tell you either!

“I just read that in the media as well. I’ll have to see when the contract expires and then I’ll see if I still have money in my wallet!”

Elsewhere, Chelsea striker Romelu Lukaku says there is a need for football to adopt “stronger positions” than just taking the knee.

The Belgian striker has called for a players’ summit with social media companies, governments and stakeholders to help combat online racism.

“I think we can take stronger positions, basically,” he told CNN Sport.

“Yeah, we are taking the knee, but in the end, everybody’s clapping but sometimes after the game, you see another insult.”