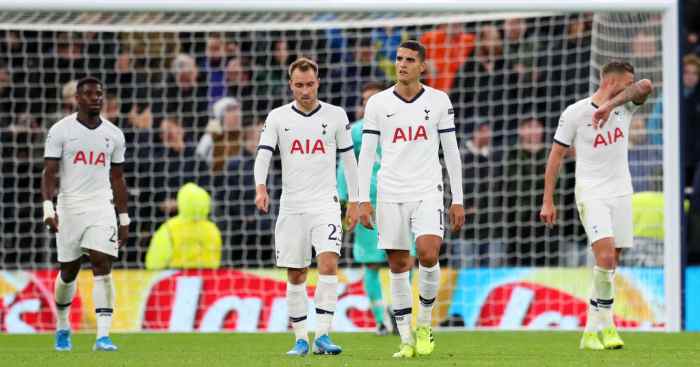 Jermaine Jenas has described Tottenham’s 7-2 Champions League hammering at the hands of Bayern Munich “a shocker” of a scoreline.

“This is a big wake up call for this football club it really is,” Jenas told BT Sport.

“You can lose games of football, but this is a battering from a top European club who have been there and done it on many occasions.

“It has been a tough couple of months for this group of players, this football club.

“What is going on on that football pitch? The place is half empty anyway because everyone has left.

“These are the types of results where do you start to look in the dressing room, you start to ask those questions – are they reacting to what is being asked of them?

“It’s the capitulation, it’s that moment of ‘it is not going great, let’s feel sorry for ourselves.’

“At what point do you say ‘no, the opposition are not scoring any more goals, it is not happening’?”