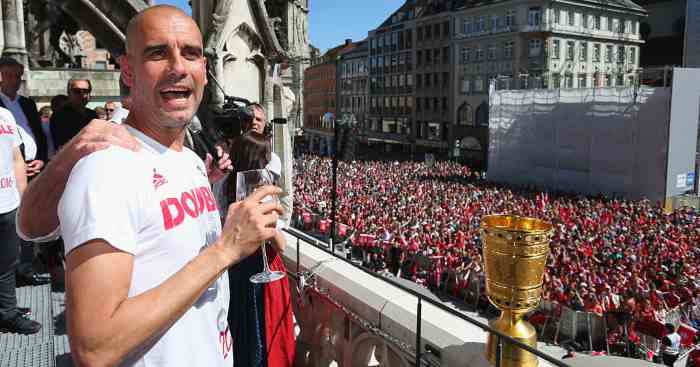 After pipping Liverpool to the Premier League title last season, Guardiola finds his Manchester City side nine points off the pace and occupying fourth position below Leicester City and Chelsea.

With Sport Bild recently claiming that Guardiola is ‘no longer happy’ at City and has been in ‘regular contact’ with Bayern Munich’s bosses since leaving.

Guardiola is reportedly one of three candidates that Bayern Munich have shortlisted to replace the recently departed Niko Kovac.

Flick has been given the reins at the Bundesliga club on an interim basis with the German coach tipped to stay in charge until the end of the season.

Hainer said: “Pep Guardiola is a super manager who is under contract at Manchester City,” Hainer said. “Let’s wait and see until the managing board approaches us.

On Flick, former Adidas CEO Hainer added: “[Sporting director] Hasan [Salihamidzic] and I decided that he will sit on the bench until Christmas at least or even beyond that.”