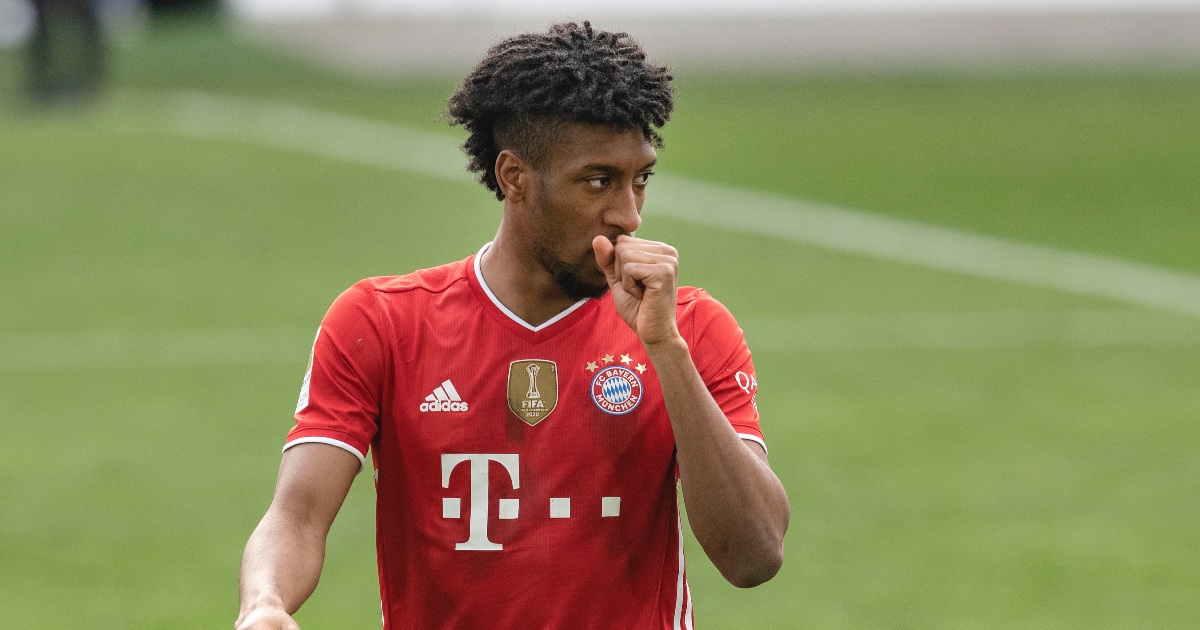 The winger is attracting interest from Premier League sides Liverpool and Chelsea.

Liverpool fell short with their opening €35million bid for Coman. It’s believed Bayern will only do business at around €50m as they rate the player highly.

Chelsea, meanwhile, are reportedly looking to offload three players to fund their pursuit of the 25-year-old.

Kahn has now revealed that the German giants are engaged in discussions with Coman, alongside one of his senior team-mates.

The former keeper went on to reference David Alaba. He requested a huge wage increase which was subsequently rejected, allowing him to join Real Madrid on a free transfer.

Kahn added: “We are in very, very good talks with both players. I am optimistic. We have a great package to offer here.

The player came through Paris Saint-Germain’s youth setup before being promoted to their first team as a teenager.

He only made four senior appearances before being snapped up by Juve on a free the following year.

Coman was wanted by Manchester United last year as they sounded out alternatives to Jadon Sancho.

The Red Devils have now made their move, however, agreeing an €85m deal with Dortmund for Sancho.

Club legend Rio Ferdinand has already advised him on how to become a success at Old Trafford.

He said: “I don’t need to tell him this because he loves his football, but work hard and make sure everything you do is about being a success at Manchester United and being the best you can be.