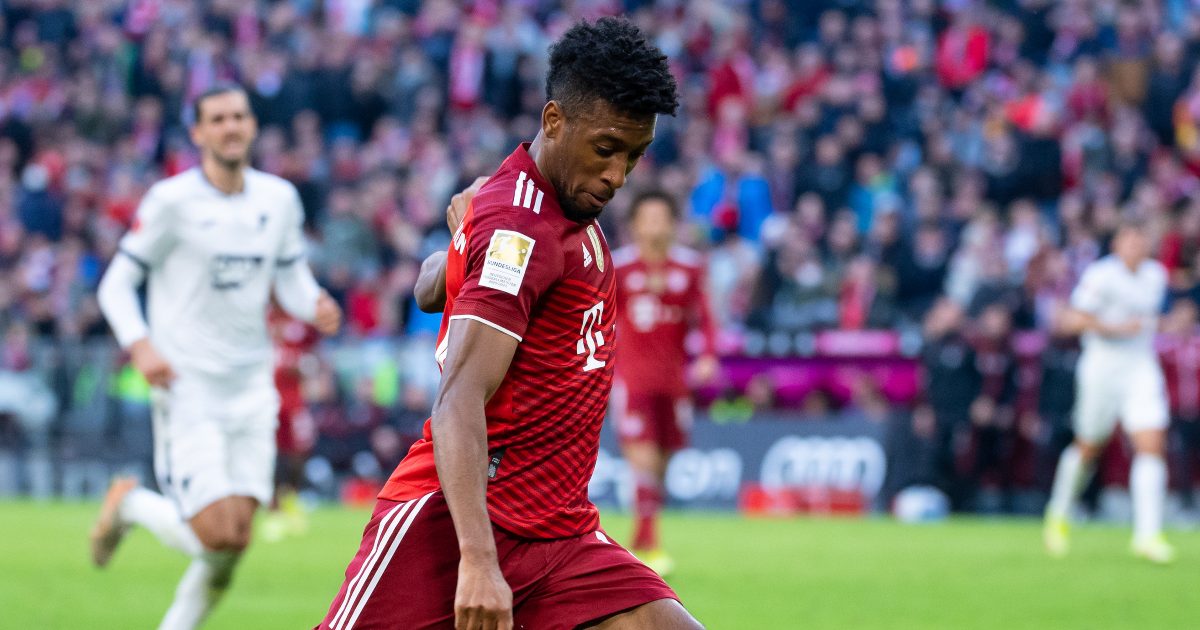 Bayern Munich are “desperate” to sell Kingsley Coman next summer before his contract expires in 2023, amid reports linking him with a move to Liverpool.

The forward came through the ranks at PSG and he went onto have a spell at Italian giants Juventus.

Coman initially joined Bayern on a two-year loan deal in 2015. His move was later made permanent in 2017.

The Frenchman has played just over 200 times for the German giants. He has won the Bundesliga title on six separate occasions and in 2019/20 he won the Champions League.

His current deal at Bayern expires in 2023 and he is not expected to extend his deal.

Spanish outlet AS are reporting that they are “desperate” to sell the forward next summer. This is so they avoid a case like David Alaba, who joined Real Madrid for free in July.

Coman has been linked with a move to Liverpool in recent months. He could join the Reds in a similar fashion to Thiago.

The midfielder joined Liverpool last summer in a cut-price deal with him only having a year remaining on his contract.

Elsewhere, Ian Wright has suggested that Liverpool are a “million miles in front” of Manchester United:

“This game was hyped up as one of the biggest in the world and rightly so because of the stature of the two clubs,” Wright said.

“But Liverpool are a million miles in front of Manchester United today. I think that comes down to the way that they are coached if I am totally honest.

“It is chalk and cheese. You can listen to Ole [Gunnar Solskjaer], you can listen to Harry Maguire talking about taking the blame on themselves but the way they are playing is all over the place.

“It wouldn’t have mattered what midfield you put in there today. For me they are not looking like they are coached to press.

“So, it doesn’t matter if it is Pogba or if it is Fred or McTominay. If you are going to sit off people and not go and close them down to win the ball to play it to people with pace like Greenwood and Rashford then you will mistakes from Maguire and Shaw – who we saw have unbelievable Euros.

“They were playing better. They were more coached. At the moment, they don’t look like they know what they are doing.”