Home All The News Bayern: Lewandowski sale ‘makes no sense’ 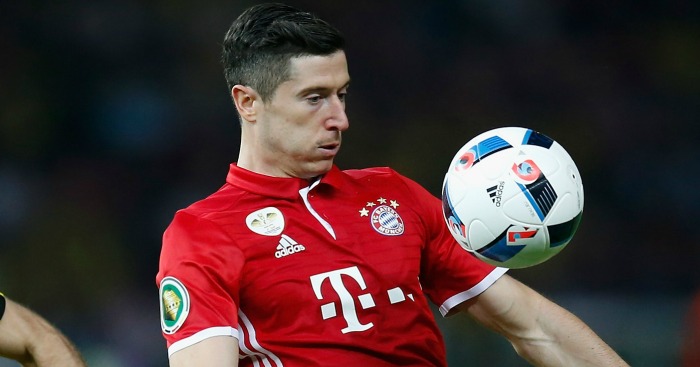 Robert Lewandowski is a “certainty” to remain at Bayern Munich next season.

The Poland striker has been linked with a switch to Real Madrid or the Premier League after scoring 30 goals in the Bundesliga last season.

But Bayern technical director Michael Reschke denied that the club will cash in on the 27-year-old.

“I can say with certainty that Lewandowski will play for Bayern Munich next season,” he told Radio CRC.

“His contract expires in three years’ time, he’s the best striker in the world and there’s no chance of him being sold.”

Gonzalo Higuain is one striker Bayern had reportedly been eyeing but Reschke dismissed the prospect of the Napoli star replacing Lewandowski.

“Higuain is one of the three or four best strikers in the world, but we’ve got the very best right now with Lewandowski.

“That is why it makes no sense for us or for the player to sign another striker.”