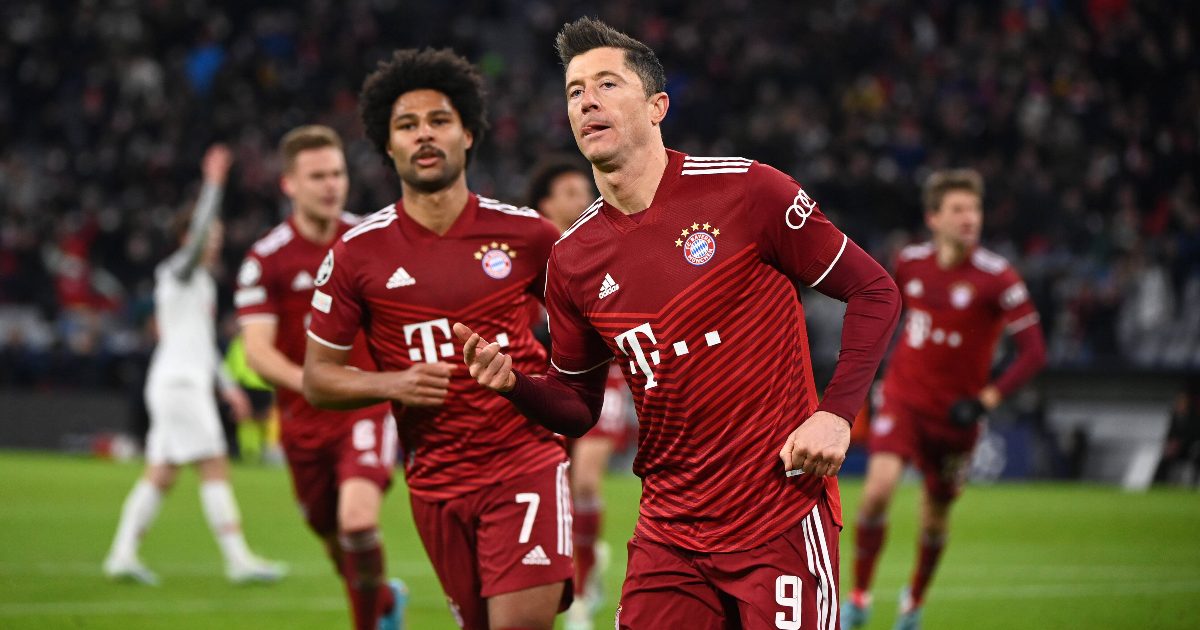 Robert Lewandowski scored a hat-trick as Bayern Munich booked their place in the quarter-finals of the Champions League.

The Poland international made history with this hat-trick as it was the fastest in the history of the Champions League. It only took him 23 minutes to get his three goals.

The previous record was 24 minutes and it came from AC Milan’s Marco Simone, against Rosenborg in 1996.

Embrace the Sky Sports punditry pantomime; we need the laughs

Bayern Munich were thankful for a last-minute Kingsley Coman equaliser when the two sides met in Austria last month.

But any thoughts of another close contest were quickly removed after Nicolas Capaldo had missed an early chance for Salzburg and Bayern turned on the style.

Lewandowski was brought down by Maximilian Wober after turning superbly on Coman’s pass to slot home a 12th-minute penalty.

Bayern’s second goal was identical as Wober again felled Lewandowski just inside the area and the forward’s second spot-kick found the same corner of the net.

The third arrived instantly as advancing Salzburg goalkeeper Philipp Kohn kicked the ball against Lewandowski and it looped onto a post before the striker claimed his 42nd goal of the season with a simple tap-in.

Coman robbed Mohamed Camara to set up Serge Gnabry after 31 minutes, his shot fired under the body of Kohn.

But Bayern had the final say as Muller swept home his 52nd Champions League goal and Leroy Sane completed the rout five minutes from time.