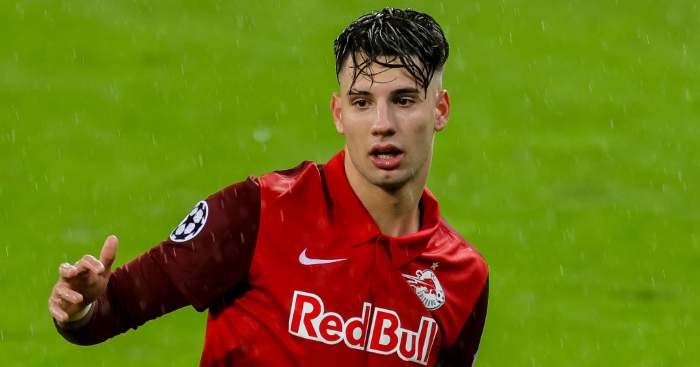 The Gunners have a close interest in the 20-year-old, which was confirmed by the player’s agent recently.

But they face stiff competition from Spanish side Real Madrid to sign the Hungarian wonderkid.

According to Matthaus, Bayern can be added to that list too.

He believes officials from the German club will have added Szoboszlai to their ‘wish list’.

Speaking to sources in Germany (via Goal), the World Cup winner said: “He is a gem. He’s like Kai Havertz.

“He could move to RB Leipzig in January, but I’m convinced that every top club in Europe has him on their list, including FC Bayern.”

Szoboszlai has emerged as one of the most sought after young players in Europe due to his form at Red Bull Salzburg.

The winger’s profile was significantly raised during Hungary’s recent victory over Iceland.

Szoboszlai ran half the length of the pitch before taking on two defenders. He then hit the ball into the bottom corner to send his country to next summer’s European Championships.

The last minute goal seems to have attracted clubs from around Europe.

Arsenal were the first major club to be linked with a move. They were reportedly targeting him as an alternative to Houssem Aouar.

But a summer move never materialised, meaning he could be snapped up by another big club.

An alternative option would be for the player to seek a move to RB Leipzig. Given their connection to Red Bull Salzburg, it would be an obvious next step in proving his potential.

Arsenal may now have to fork out a big fee if they want to sign Dominik Szoboszlai ready for next season.