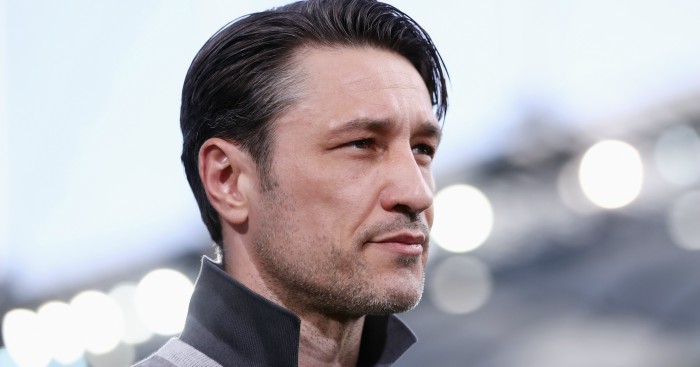 Bayern Munich have announced their former player Niko Kovac will become the club’s next head coach.

Croatian Kovac is currently boss of Eintracht Frankfurt but will leave that post at the end of the season.

Bayern sporting director Hasan Salihamidzic said: “Niko Kovac will be the new Bayern coach from July 1. We agreed a three-year contract (on Thursday).”

The announcement came in a live video interview with Salihamidzic on the club’s website ahead of the Champions League semi-final draw.

Bayern have been led by interim boss Jupp Heynckes since October, following the sacking of Carlo Ancelotti. They clinched the Bundesliga title last Saturday with a 4-1 win against Augsburg.

Moments after announcing the appointment of Kovac, Bayern learned they will face Real Madrid in the Champions League last four.

Frankfurt delayed their pre-match press conference on Friday, knowing Kovac would be leaving the club.

Kovac had been due to face German media at 1pm local time (12pm BST), ahead of Saturday’s game against Bayer Leverkusen, but that was pushed back by two hours to allow sporting director Fredi Bobic to accompany him.

The German football website Kicker said a fee of 2.2 million euros (£1.9million) would buy Kovac out of his Frankfurt contract, under a clause in the deal.

Frankfurt sit fifth in the Bundesliga table and 46-year-old Kovac has been in charge of the first team since March 2016.

Kovac played for Bayern from 2001 to 2003, when he featured alongside Salihamidzic.

Brother Robert Kovac was a Bayern player from 2001 to 2005 and has more recently worked as assistant boss at Frankfurt. Bayern said he too would join them this summer.

Salihamidzic said on the club’s website: “We are very lucky that we could get Niko Kovac as the next Bayern coach.

“Niko was a player at Bayern, he knows the people in charge and the structure and the DNA of the club very well. We are convinced that he is the right coach for the future of Bayern.”

Niko Kovac said in the delayed Frankfurt press conference: “A week ago I said that up to this point there had been no contract with Bayern Munich, That changed (on Thursday). I received a call from Munich that included a contract offer.

“I accepted this offer and subsequently informed Fredi Bobic and (football director) Bruno Hubner. This morning I told the team.”

Bobic, representing the Frankfurt board, said: “As well as all the understandable disappointment: everyone who knows Niko knows that he will give everything for our club until the last second. And that is important.”

Bobic added, according to Frankfurt’s Twitter feed: “We will be ready for the future. Nobody should worry about that.”