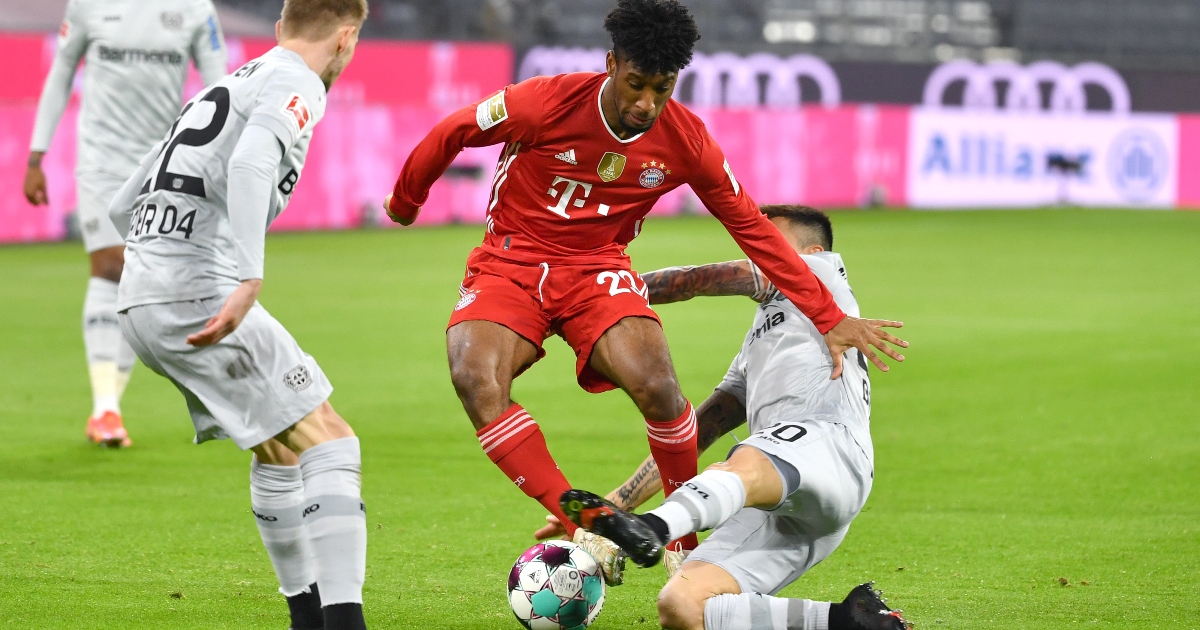 Kingsley Coman will be allowed to leave Bayern Munich this summer, but only for a colossal fee.

That’s according to Bild, who claim contract negotiations between the two parties have stalled, with Fussball Transfers adding that any interested party will have to stump up €100m (£86m) for the 24-year-old’s services.

Bayern and Coman have reached an impasse over the terms of his new deal, with the Bavarian giants unwilling to meet his enormous wage demands of €16-17m a year.

Coman’s current contract expires in 2023, but with the Frenchman entrenched in his stance on the financial details of a potential extension, his agent, Pini Zahavi, has begun to sound out offers in England.

Both Chelsea and Manchester United are thought to be interested, with the latter exploring Coman as a potential alternative to Jadon Sancho.

United have made the Dortmund winger their No.1 target for the summer, but are fearful of being stung at the eleventh hour, like last summer. The Red Devils were frustrated by the German club’s continued attempts to raise Sancho’s price tag, and so pulled out when a deal appeared close.

United are reportedly open to either a permanent or loan deal for Coman, who can play on either flank. However, they will be discouraged by Bayern’s asking price, which seems extortionate in the current financial climate.

In fact, there is a school of thought that the figure was engineered purely as a deterrent, with Bayern reluctant to part ways with Coman.

The Frenchman contributed eight goals and 15 assists in 39 appearances last season, and scored the winner in the 2020 Champions League final.

He is one of the most decorated young players in world football, having won 10 league titles during spells at Bayern, Juventus, and Paris Saint-Germain.

Coman currently earns £140,000 a week at Bayern, but feels his increased importance to the side should reflect improved terms. There have been suggestions that Zahavi, in entertaining offers from English clubs, is merely bargaining for a better deal with Bayern.

For the time being, Coman will focus his attention on France’s European Championship campaign, which commences on Tuesday. Having been omitted from 2018’s World Cup-winning squad by Didier Deschamps, he will no doubt be keen to make an impact.